Will Raap, community visionary and iconic entrepreneurial activist, loving husband, father and friend, died unexpectedly Dec. 12 at the age of 73.

He accomplished so much, and set in motion so much still to be done. 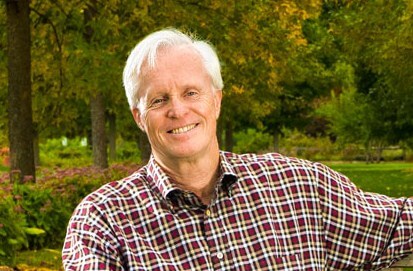 How to describe Will? His intelligence, his humor, his practicality, his grace, his ease. His deep love of the natural world. His lack of emphasis on his “legacy,” his total lack of pretense. The adjectives pile up. But mostly his deep belief in and respect for the worth of every person, a belief in the power of an individual to make a difference, and for the power of the collective to change the world. Will lived this, as comfortable packing boxes and pulling weeds and sweeping up pigeon poop alongside his family and co-workers, as speaking at conferences and petitioning politicians to get on board and make something happen.

Will redefined and modeled what it was to be a leader in our society, or should be. Yes, he was driven, highly charismatic, highly competitive and held high expectations. But this was rooted in collaboration, emotional openness, compassion and empathy.

A native Californian, Will lived much of his life as a dedicated Vermonter and always as a global citizen. He completed his education at the Haas School of Business at Berkeley, and what he subsequently experienced working in planning in the Central Valley very much shaped his life’s mission. Seeing the effect of large-scale agriculture and the patent idiocy of compromising our environment to ship a hard tasteless tomato across the country or around the world, Will envisioned a future rooted in local business and local agriculture.

He did not find fulfillment in a “traditional career path,” so he headed to Scotland to join the Findhorn intentional community, based in spirituality, ecology and cooperative operation.

It was there he also met his wife Lynette, who would be his guide, his co-conspirator, and his life and spiritual partner for the next 45 years.

Upon returning to the United States, Will and Lynette landed on the East Coast where Will joined Lyman Wood at Garden Way, a business founded to promote a living-off-the-land ethos.

At the time Will was working at a division called Gardens for All, which promoted home gardening and published National Gardening magazine. Forced to figure out a means to better monetize their readership, Will began selling products through the pages of the magazine. Will would subsequently spin this activity off into an independent catalog business, and in 1983 Gardener’s Supply was born.

It was one afternoon in the early 80s when retrieving his stolen and abandoned car that Will became acquainted with the Intervale, which was literally “the wrong side of the tracks.”

It was there that Will saw the unrealized agricultural potential of the fertile soils. The Intervale was home to the last dairy farm in Burlington, acres of cow corn, abandoned tires and petty crime. In the belief that a good use would chase out bad, Will moved Gardener’s Supply there in 1986.

He went on to form many other businesses, ranging from commercial greenhouse sales to wood products manufacturing. He collaborated with his kids to start Green State Gardener and Upstate Elevator Supply Company, and recently launched Steep Hill Labs, a leading Vermont cannabis testing facility.

At the age of 72, he acquired the former Nordic Farm in Charlotte, embracing a dynamic ecosystem of agricultural start-ups, a living demonstration project for a re-envisioned future for specialty agriculture in Vermont and renaming it Earthkeep Farmcommon.

He and Lynette had ties to Costa Rica, and there Will replicated similar for-profit and non-profit initiatives to support ecological entrepreneurship.

Yes, Will grew ideas and businesses, but he also grew people. Foremost are his creative and caring children Dylan, Kelsy and Addison, independent souls all, the true expression of the practicality, persistence and spirit of Will and Lynette.

Will was generous with his time, unsparing with his opinions, and modeled confidence without pretense, wrapped in modesty. He was a model of “servant leadership,” never asking of anyone something he would not do himself.

Will had a “why not?” attitude to taking risks. The more you told Will “you can’t” the more determined he was to prove that “you can.” This did not always serve him best, he sometimes held onto ideas, businesses and even relationships too long. But out of every setback came learning, and a new path to a better outcome.

His family feels immeasurable gratitude for the profound love he showed them — and the love he taught them to cultivate as concern for the welfare of others and how to dedicate themselves to improving conditions for our shared home, Planet Earth.

In addition to his wife and children, Will is survived by two adoring sisters, Linda Kramer of Lafayette, California, and Sherrie Crumpler of Malibu, California.

A celebration of life will be planned for Earth Day, Will’s favorite holiday; details to follow.

In lieu of flowers or gifts and to further Will’s work, please make a contribution to the Raap Family Fund at the Vermont Community Foundation online at vermontcf.org/RaapFamilyFund. Checks can be mailed to 3 Court Street, Middlebury, Vermont 05456.