The 1.5-mile-long peninsula now known as Thompson’s Point is a valuable town-owned asset, but it has not always been so.

Over the years some have proposed selling the property to lower taxes or pay off Charlotte’s debts.

This is a proposal that Charlotte Historical Society Dan Cole scoffs about.

“Thompson’s Point is the goose that lays the golden egg each year,” Cole said. “Selling it off would basically kill off the goose.” 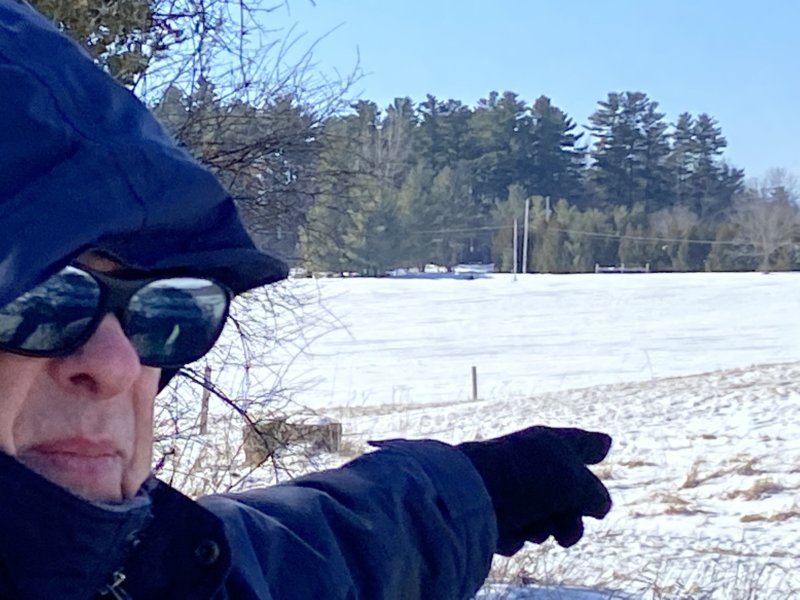 Photo by Scooter MacMillan. Dan Cole points to a field that once was part of the Charlotte Poor Farm but is now the site of the mound septic system serving camps on Thompson’s Point.

The high value placed upon Thompson’s Point and other lake property was not always the case. In fact, in historical time, today’s value is a relatively recent phenomenon.

“This was the case all up and down the Lake Champlain shore,” said Steve Perkins, executive director of the Vermont Historical Society. Land next to the lake was not seen as desirable by the early European settlers.

It was a working waterfront. Often the lake was dirty and polluted.

“It’s where your job was; it was where commerce took place. They didn’t have a good idea about sanitation, so all the sewage was washed into these large bodies of water,” Perkins said. “It wasn’t a desirable place to go recreate.”

Building your home next to the lake was like deciding today to live next to a railroad depot or a truck stop on the highway. And the earliest European settlers didn’t value the property on the lake as farmland because it was so rocky, Perkins said.

In fact, Thompson’s Point was so undesirable that it was the location Charlotte chose in 1846 for the town’s poor farm. Instead of imprisoning people who were in debt and homeless, as was common in Britain and western Europe, people could live on the poor farm and help with the farming in return for room and board. 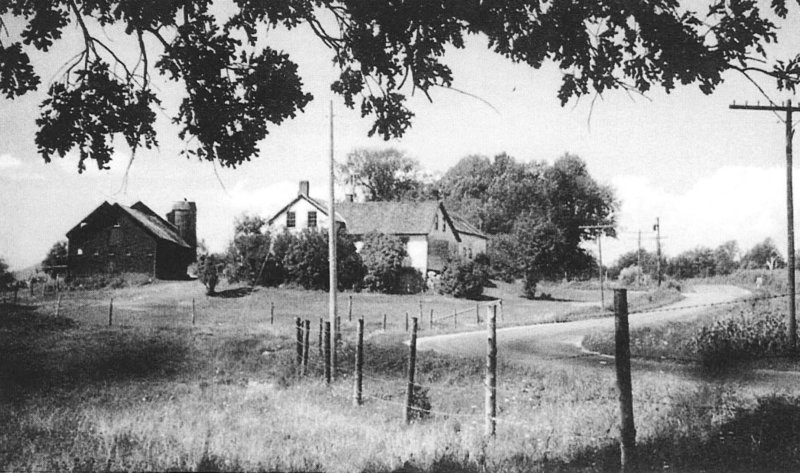 The Charlotte Poor Farm operated as a town-owned home for the indigent for about 100 years, until it was discontinued in the 1940s.

Although after the end of the Civil War people had begun to appreciate leisure time and some were gradually beginning to find camping on the water a great way to spend time outside of work, Thompson’s Point didn’t become high-dollar property for quite a while.

According to a Burlington Daily News story in March 1959, the going rate for camps on Thompson’s Point was $20 a year for a 15-year lease.

And if current allegations of conflict of interest in town make your hair curl, the newspaper told of town shenanigans that would set your head on fire. Two years before, the selectmen (which is what the selectboard was called back then), the road commissioner and the superintendent of Thompson’s Point decided to lease the last part of the town-owned property to the public.

Except the leases weren’t actually offered to the public. Two of Charlotte’s three selectmen got leases for camps on Thompson’s Point, the road commissioner got three camp leases—for himself and his two sons, the Thompson’s Point supervisor got two camps for his sons, a man who lived in Essex and did road work for the town got a lease, and a man who lived in Florida got another.

Not only did the road commissioner Henry Lane get three camps, he got a contract to construct a road to these camps and a fee for supervising that construction. Total cost of the road from the camps to the highway was $1,744.25.

The Thompson’s Point supervisor Henry Bushey died and his widow, Jessie Bushey, was elected to succeed him during the two years before Charlotte residents found out who had gotten the new camp leases on Thompson’s Point.

The Burlington Daily News reported some town residents showed up to the Charlotte Town Meeting Day in 1959 with some questions. For one thing, they wanted to know why the lots had been leased for so little. Many camps on Thompson’s Point were being leased for the exorbitant sum of $75 a year, which would have been a big help with the town’s budget deficit.

Some people even claimed the town could have gotten as much as $100 a year.

At least one person at the 1959 Town Meeting wanted to know why the camp leases hadn’t been put out to bid so Charlotte could have gotten as much as possible to help with town debt.

Bushey said she didn’t put out the leases for bid because they’d never been put out for bid before.

“I’ve been here for 33 years and my husband and I never leased any of those sites any different from the way they’ve always been leased,” Bushey said.

Although there were about 25 people on the waiting list for Thompson’s Point camps, she said, “We want to rent to the right kind of people. We can’t take just anybody. And that’s what would happen if you put it out to the highest bidder.”

So what if the sites were “all in the family,” Bushey said. “You’re going to get complaints from people who didn’t get a lot no matter who you lease to.”

She asked, “Why should the town give first call to outsiders?”

The road put in at taxpayer expenses to camps that were leased to town officials was needed. Bushey and at least one town selectman said they didn’t see any problem with it.

She was incensed that an auditor inserted a line in the expenses in the town report before it went to the printers.

“It was the most childish, sarcastic, deceitful thing I’ve ever seen,” Bushey said.

The auditor had added a parenthetical phrase after the listing for the cost for the road they had intended to name Camp Road (Lane’s Lane).
Surer than driving on a dirt road in mud season, the town officials’ publicly funded personal road was stuck with the name Lane’s Lane.