In December 2019, the nonprofit Community Building Initiative invited David “Dae-Lee” Arrington to perform at its annual stakeholders breakfast. Hundreds of the city’s political, philanthropic, and corporate leaders would be there, and Dae-Lee, a leadership consultant and Grammy-nominated music producer, was thrilled. “They’re having a very important conversation about leadership this morning, and I had the opportunity to bring art to the table, creativity, music to the table,” he says. “But there was a heaviness to it as well.”

He watched local notables wring their hands in response to the city’s dismal statistics on upward mobility. He calls the slew of committees and task forces “pop-up shops,” good at facilitating conversations, not lasting impact. “Five years later, after we’ve had this research and data,” Dae-Lee says, “we’re still struggling to realize and bring about change.”

At the breakfast, Dae-Lee surveyed the crowd, which included a bunch of white men who run corporations and white women who run nonprofits, and recognized that he was in a rare position: He had an in.

Bridge Builder Conversations is a result of that insight. The video series features nine professionally produced interviews with a range of city leaders, including Harvey Gantt, Michael Marsicano, Molly Shaw, and Maria Howell. The project complements Dae-Lee’s work as the owner of Bridge Builder Consulting, an agency that works with organizations to change policies and improve racial equity.

Dae-Lee—he requested that we refer to him by his stage name—hosts the interviews. He set out to create a nonjudgmental forum to discuss culture and race, inspired by the people and spaces that helped him develop his own worldview. “Who I was five years ago is not who I am today,” he says, “and I’m thankful for those who are able to help me navigate my ignorance.” Each video begins with a screen that says, “The following conversation is what happens when safe and nonjudgmental space is created for authentic, unscripted dialogue across difference,” almost as if such conversations are so rare as to require a disclaimer.

When Dae-Lee launched the series early this year, he hoped the conversations would shift his guests’ outlook, even slightly, and better equip them to build bridges within their own spheres of influence. The effort fits into a long tradition in the civil rights movement to effect change through empathy, an approach that divided activists in the 1960s and still does.

In the series’s most-watched video, Dae-Lee sits down with former Bank of America CEO Hugh McColl, who built the country’s first coast-to-coast megabank and built a fair amount of Charlotte in the process. They sit on the same side of a table in a spacious kitchen, McColl, 86, in a black polo, Dae-Lee, 39, in a teal sweatshirt and Yankees cap. They discuss McColl’s childhood in South Carolina. Dae-Lee asks questions—“Would you say you had many, if any, friends of difference, racially, culturally?”—then listens thoughtfully, nodding often. 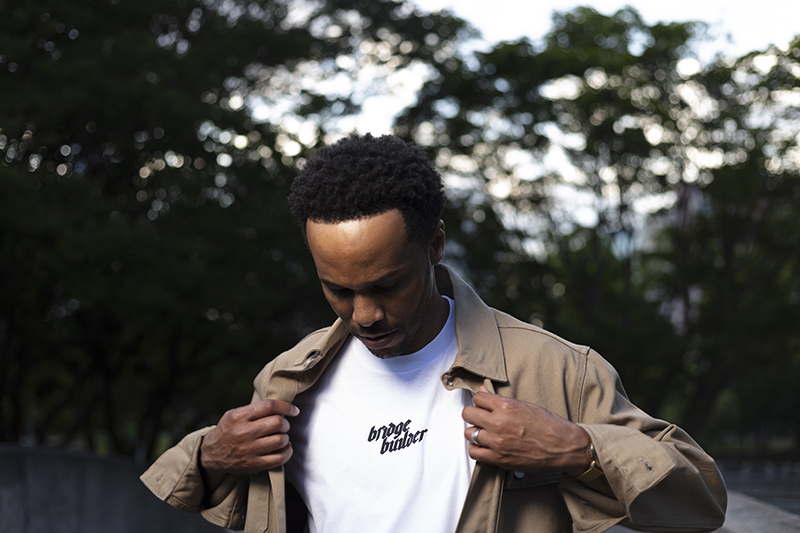 McColl describes a “simple life” in a country town: His family ran 15,000 acres, farmed by sharecroppers, and he and his three siblings each had their own nurse. His mother was an artist, and his father instilled an early business sense. McColl weighed cotton, and the pickers’ livelihoods depended on the integrity of a 14-year-old white boy. Around that time, his father entrusted him with $1.4 million dollars’ worth of securities to deliver to American Trust Company in Charlotte. In those days, he says, that was a “huge amount of money.”

Dae-Lee interrupts. “You said a million, right? … That’s still a lot to me today.” In 1999, when McColl stepped back from bank operations at 63, he earned $49 million in total compensation.

The magic of the exchange, Dae-Lee believes, is in these snatches of subtle friction, where differences in perspective briefly emerge. His empathic approach makes space for difficult revelations. “I was the worst kind of racist in that I didn’t question it,” McColl admits. “I just thought, That’s the way things are.” He later adds, “I was not as cognizant as I should have been.”

Activists typically fall into two camps: those who want to work within the system and those who want to overthrow it. Incrementalism or revolution. Nonviolence or force. Collaboration or confrontation. The Rev. Martin Luther King Jr. or Malcolm X.

On The Washington Post’s Cape Up podcast, Ben McBride, founder of the Empower Initiative, summed up the long-held tension in the civil rights movement: “Nonviolence as a tactic seems to denote that our white counterparts are going to be moved with empathy by our suffering.” But, he explains, white people have watched Black and brown people “being destroyed” for decades. McBride wonders, “Is (nonviolence) still a tactic that can bring about freedom, safety?”

Dae-Lee knows that, given the chance, many activists wouldn’t listen politely as McColl told the story of his life. They might demand that he listen to their life stories. Or confront him, holding him to account for his and his bank’s role in perpetuating lending discrimination, redlining, and systemic inequality.

“In a country where the Black community has been positioned at the lowest point on a totem pole, me creating safety for a white privileged male doesn’t make sense,” he acknowledges. “Me being open to hearing his perspective, me being open and not going down the list of things that the Black community desperately wants him to answer for is difficult.”

But Dae-Lee believes that approach could forfeit a more meaningful opportunity for mutual vulnerability and authentic connection. He’s convinced that listening and learning across difference still works—and is especially vital as the pandemic, politics, and racial injustice have all contributed to what’s been reported as a nationwide “empathy deficit.”

“I am focused intently on people change, because I believe people change is what makes policy change truly impactful and sustainable,” he says. “If I don’t know you, if I don’t care for you, why would I fight for you? Why would I do that in a sustainable way?”

Later in the series, Dae-Lee talks with Dennis Reed Jr., a songwriter, producer, and CEO of the nonprofit Inspire the Fire. The conversation flows, and it’s clear that the men’s similarities—both are Black and work in music and nonprofits—make it easy to share their experiences. The common ground implies a trust and ease less evident in the conversation with McColl, despite the mutual respect. That’s what Dae-Lee wants to change. When he turns the camera on, he takes a risk. He makes himself vulnerable in the hopes that others will, too.

“It all begins with relationships,” he says. “When we recognize the value across difference, the overflow of that is caring, it’s protecting, it’s uplifting. It’s no longer a duty. It becomes, ‘No, I care, therefore I’m doing.’”