The Soul of a Neighborhood

Home/Uncategorized/The Soul of a Neighborhood
Previous Next

The Soul of a Neighborhood


One night long ago—before Book Buyers and its cats had been evicted, when Nova’s still tempted with treats, when breakfast at John’s Country Kitchen sopped up the regrets of a long night before at Elizabeth Billiards—I planned to have dinner at Soul Gastrolounge. It was sometime in 2012, and I, as a fresh college graduate, had just moved to this great big city of Charlotte to become an adult and do adult things like go to places called gastrolounges.

Now, a decade later, as a 30-something who’s made his forever home here, that first sentence reads as a graveyard, a somber index of the unforgiving passage of time.

On Thursday, Soul announced it, too, would close, the latest victim of Charlotte’s avaricious rent increases. According to a press release, if Soul wanted to stay at 1500 Central Ave., it would have to do so with a rent increase of 114%. Its final day of business will be Aug. 14.

While the owners of Soul, Andy and Lesa Kastanas, said they hope to find a new location for the lounge in spring 2023 (through a representative, the Kastanas declined to comment for this article), we know we can never recapture the magic of this spot. Not every building will have a graffitied Bart Simpson teasing you as you walk by. Every potential location won’t have neighbors like a half century-old clock shop and an edgy retail store that sells things like a $75 bedazzled Pepsi can purse. You don’t just happen upon a building like this, so alive with funk and promises of a good evening.

For 13 years, Soul watched over Plaza Midwood from its second-story perch as the culinary gem of the neighborhood—if not Charlotte as a whole. Its menu boasted of impressive big-city gastronomies like bone marrow and Rocky Mountain oysters outside the Rocky Mountains. It had a full peacock on the wall and leather sofas you’d sit in if you were lucky and patient enough to wait for them.

Soul was posh, ineffably suave, so cool it didn’t care if you got a table tonight or next week. Charlotte often crows, like a young, inexperienced sibling, about its older, more worldly sister cities. Why can’t we be more like New York or Los Angeles or Philadelphia? We’re just as cool and fun and hip, we say—even though we know deep within it’s not true. The truth is, we live here because it’s not those places.

Soul was our retort, our proof that we, that North Carolina, could be equally cool. We’d use it to tell ourselves we, too, had restaurants where on a Tuesday you’d wait three hours for a table, and you’d be thankful for it. It was good for our psyches, for our big-city cosmopolitan desires to be able to point to Soul. Where else in Charlotte could you find $45 sashimi platters alongside saganaki, the flaming Greek cheese?

On that long ago night, my young friends and I walked up Soul’s metal stairs as I regaled them with stories of this spot’s renowned pork belly and watermelon tacos and mystery cupcake of the day.

Of course, we didn’t get to eat those tacos that night or discover what the cupcake flavor of the day was. For a party of five, maybe we could be seated closer to 10 p.m., they told us. I looked at my friends, shrugged, and put my name down, hoping we’d return to sit on the balcony and look at my new city’s beautiful skyline in the distance.

So we went next door to Snug Harbor, to Common Market, to Thomas Street Tavern, and we drank like old friends do, talking about yesteryear and how life had unfurled. Somewhere between the makeshift bar crawl, we found ourselves too many beers deep and too hungry to wait for Soul to call us back. So we ate something not nearly as good, the legend and elusiveness of Soul living on.

It seems strange, even wrong, to mourn the passing of a restaurant while a city grapples with much deeper systemic issues than the loss of $33 lamb lollipops. Charlotte suffers from a lack of social mobility and affordable housing; our city’s public transportation is woefully inadequate and leaves low-income Charlotteans at its mercy.

But what is a city without its culture, its flavor? What distinguishes Charlotte from Raleigh, from Winston-Salem or Durham? Without Soul, we’re now left to wonder what disappointment will rise in its wake. Will it become another Marble Slab Creamery, another mediocre roasted chicken restaurant, another whisper of suburbia that further sanitizes this neighborhood? What unaffordable, generic monstrosity of an apartment building will take its place, its new occupants unaware of the city they missed out on?

A few years after that night a decade ago with my friends, I took my visiting mom and her best friend to Soul.

We ordered small plate after small plate, falafel after sushi, and we sat with each other on that balcony as the sun set over the skyline.

My mom looked around at the space and told me, “Now I understand why you love this city so much.” 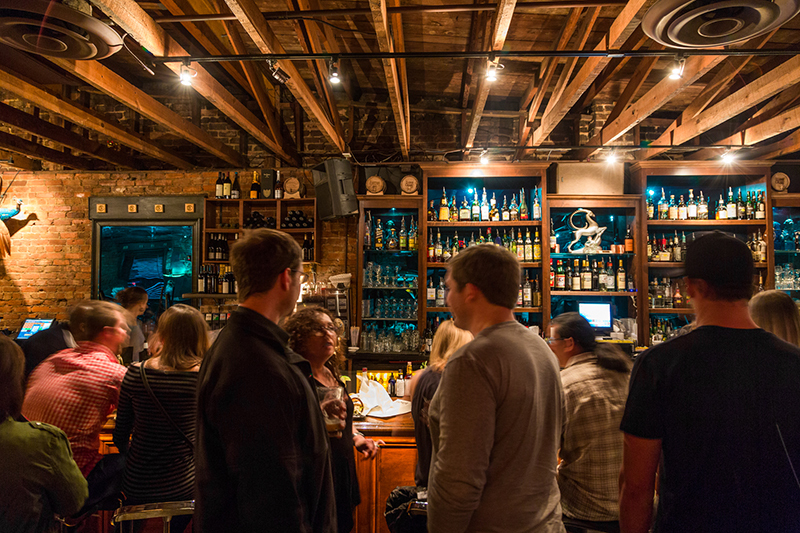 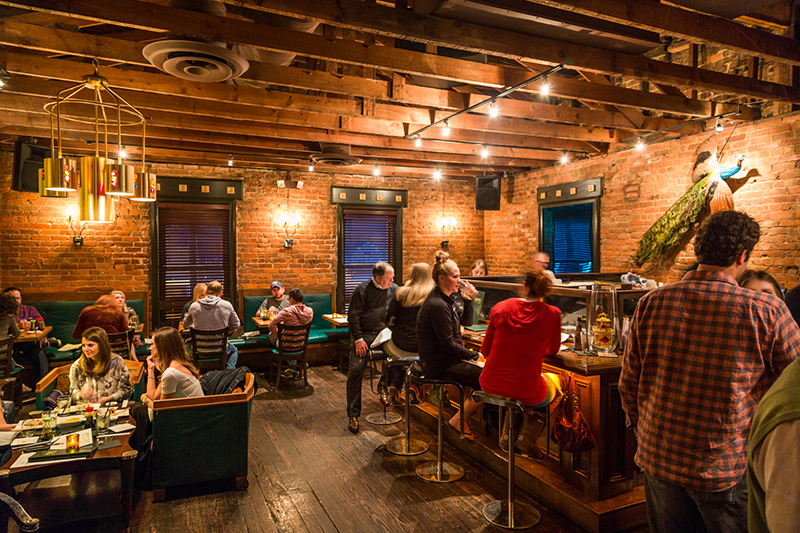 Jared Misner is a writer in Charlotte. His work has also appeared in the New York Times, the Chronicle of Higher Education, Our State and The Knot, among others.