Five miles east of the city center lies a time capsule: Windsor Park, an inconspicuous neighborhood of tidy brick ranch and split-level homes built in the 1950s and ’60s. If you’ve never looked for it, you’ve probably never been there. Hedged by Kilborne Drive, Central Avenue, and Sharon Amity Road, it’s overshadowed by loftier neighborhoods nearby, like Country Club Heights and Sheffield Park.

Some residents, particularly the older generation, prefer it that way. But younger residents are moving in, and they want to give people a reason to hang out there. In 2021, the Windsor Park Neighborhood Association elected an all-new, younger board that’s determined to put Windsor Park on the map.

In 2019, Jason Boone wanted to move out of high-dollar Elizabeth and into a more affordable neighborhood—hard to find in a city with skyrocketing housing prices and dwindling inventory. Boone’s realtor recommended Windsor Park, where homes remain relatively inexpensive: In 2021, the average sale price of a single-family home in Windsor Park was $247,400, compared to the county average of $365,900. And they come with plenty of charm: The neighborhood’s single-family homes average 55 years old; thanks to a flood of new builds, the Mecklenburg County average is just 33. Windsor Park’s anonymity and lack of storefronts likely contribute to lower home costs. Those, in turn, have drawn a younger, more ethnically diverse group of residents looking for homes they can afford.

When Boone moved into a brick ranch on Birchcrest Drive in 2019, he thought the neighborhood association board could be doing more. The board, which rarely met or organized events, was predominantly white, male, and older than 50, Boone says, and some of its bylaws and decisions felt outdated. “It wasn’t something that a lot of people more my age knew about,” says Ginni Lane, 27, the association’s communications director, who moved into Windsor Park four years ago.

Boone worried that its makeup and priorities no longer served its residents. He and neighbors raised $1,000 to survey residents on neighborhood priorities. Of the 2,800 households in the neighborhood, the survey drew about 600 responses. A majority agreed with Boone. 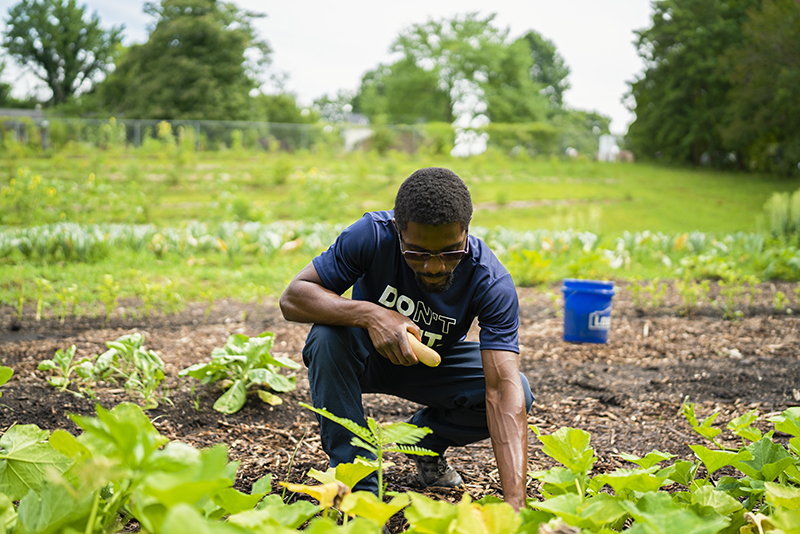 Samuel Hargrove (above) manages the Urban Farm at Aldersgate. Charlotte Museum of History (below) is Windsor Park’s most recognizable landmark. 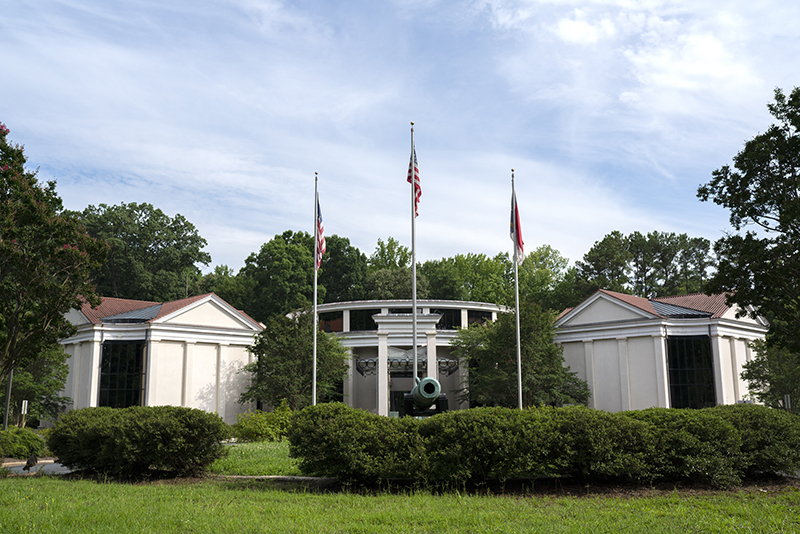 In November 2021, a nominating committee elected an entirely new board that Boone, 45, now the association’s president, says better reflects Windsor Park’s changing demographics—though not perfectly. “We’re still lacking our Latino community,” he says, “and we want to figure out how to engage them.”

One of the new board’s goals is to figure out how to engage anyone. Windsor Park is one of a collection of Charlotte neighborhoods not immediately recognizable by name—if, like me, you say you live in Windsor Park, even longtime Charlotteans are likely to cock their heads and ask, “Where’s that?” The Charlotte Museum of History, on Shamrock Drive at the neighborhood’s northern fringe, is its only recognizable landmark. Windsor Park has only one school, Windsor Park Elementary, and no county parks or entertainment venues. “It’s not like Plaza Midwood,” Lane says, “where your favorite restaurant is.”

For some of the long-timers, that’s the neighborhood’s biggest asset. “You don’t have to worry about somebody coming through here who doesn’t live here,” says Scott Robinson, the association’s president from 2015 through 2021. Robinson, 57, has lived here his entire life, and he fondly recalls a childhood in what he says felt like Mayberry, attending Windsor Park Elementary and the neighborhood swim club. He’s thankful, he says in an unhurried Southern drawl, that Windsor Park has maintained its small-town feel even as Charlotte has exploded around it.

Ed Davis has lived in a brick ranch on Downing Street with Roger Davenport, now his husband, since 1999. At first, he says, his next-door neighbors would invite him over when they cooked collard greens because Davis, who grew up in South Carolina, lived with a northerner. While the neighborhood maintains this kind of affability, Davis, 66, says he’s noticed its shifting demographics. As of 2019, the median resident age was 36, and only 16% of residents were older than 65. It’s more racially diverse, too: In 2000, nearly 50% of the neighborhood identified as white. By 2020, that number had dropped to 34%.

Robinson says his board’s priority was taking care of the school. But he says he doesn’t believe in “getting into other people’s business.” So under him, the board was more hands-off. “Some people saw (the board election) as a hostile takeover, but I saw it as some people wanted to get involved and some people didn’t want to be involved anymore,” says Robinson, who still attends most association meetings. “What happened was just the natural progression of things—natural turnover. When you have a vote, there’s nothing hostile about it.” 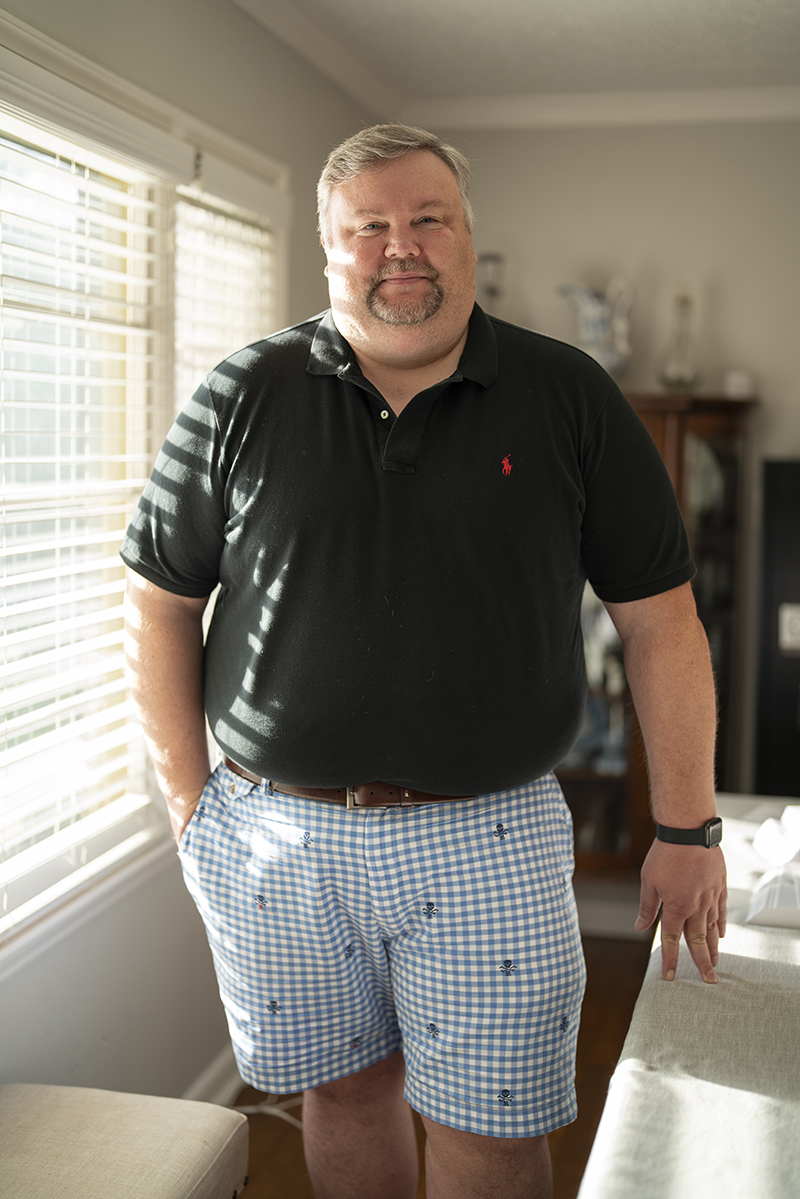 Jason Boone (above); much of the neighborhood’s homes, like these along Carriage Circle Drive and Birchcrest Drive (below), were built in the 1950s and ’60s. 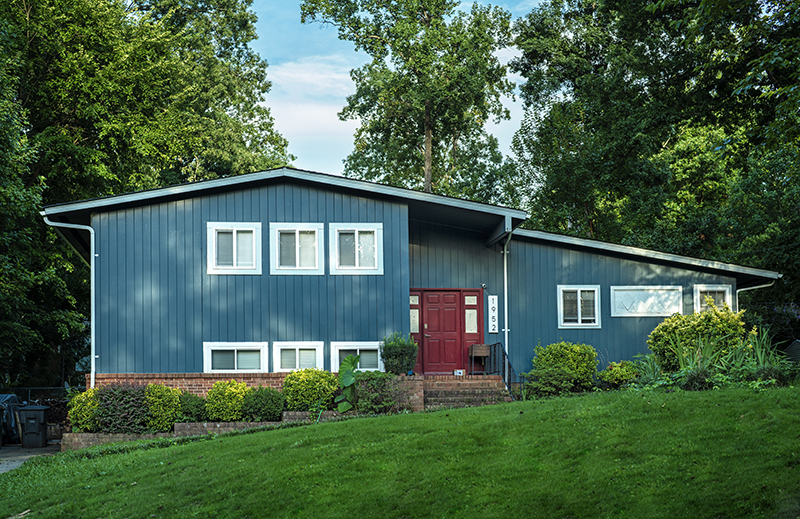 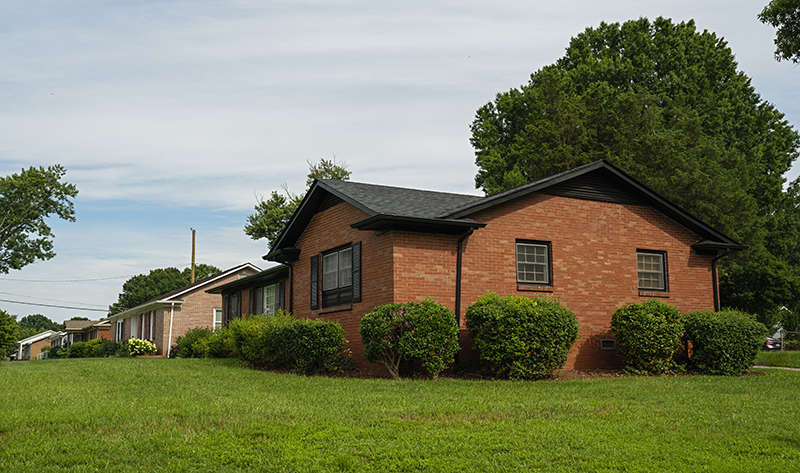 During the summer, board members left door hangers throughout Windsor Park to inform residents about the association and its more frequent social events, which include yard sales, movie nights at the school, and yoga classes. The association also organizes a monthly food truck night at the neighborhood’s urban farm, established in 2018 by nonprofit Carolina Farm Trust and senior living facility Aldersgate, which owns the land. In August, members hosted a “National Night Out” to promote police-public partnerships and their first “WPNA Signature Event,” a block party with a live band and a cornhole tournament. They apply for city grants and raise matching funds for these events, as well as things like new neighborhood entrance signs and Windsor Park street sign toppers.

Davis says he’s pleased about the chance to meet more of his neighbors at regular social events. “We feel more comfortable living in an area where we know everyone,” he says. He knows his close neighbors well, but the neighborhood is large, with 94 streets, and he feels disconnected from other sections.

Robinson says he welcomes the newcomers: “Everybody who wants to be a part of Windsor Park—hey, come on. It’s a good place to live. You make your friends and enjoy life. That’s what it’s all about.”

“We’ve got some of the coolest people in this neighborhood,” Boone says, sharing his ultimate, admittedly farfetched dream for Windsor Park: to turn the neighborhood into a place where “everyone drives around on golf carts.” 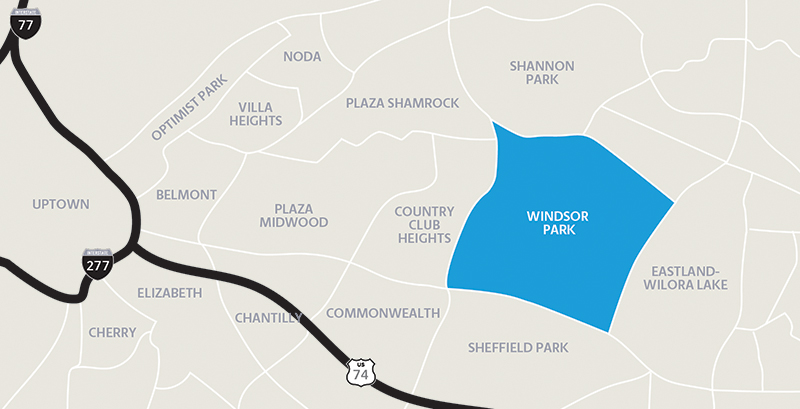 Fun fact: Windsor Park is home to the Hezekiah Alexander House, Mecklenburg County’s oldest, built in 1774 and open to visitors at the Charlotte Museum of History.