Home/Uncategorized/STYLE: Catching Up With ‘Multidisciplinary Creative’ Scott Weaver
Previous Next 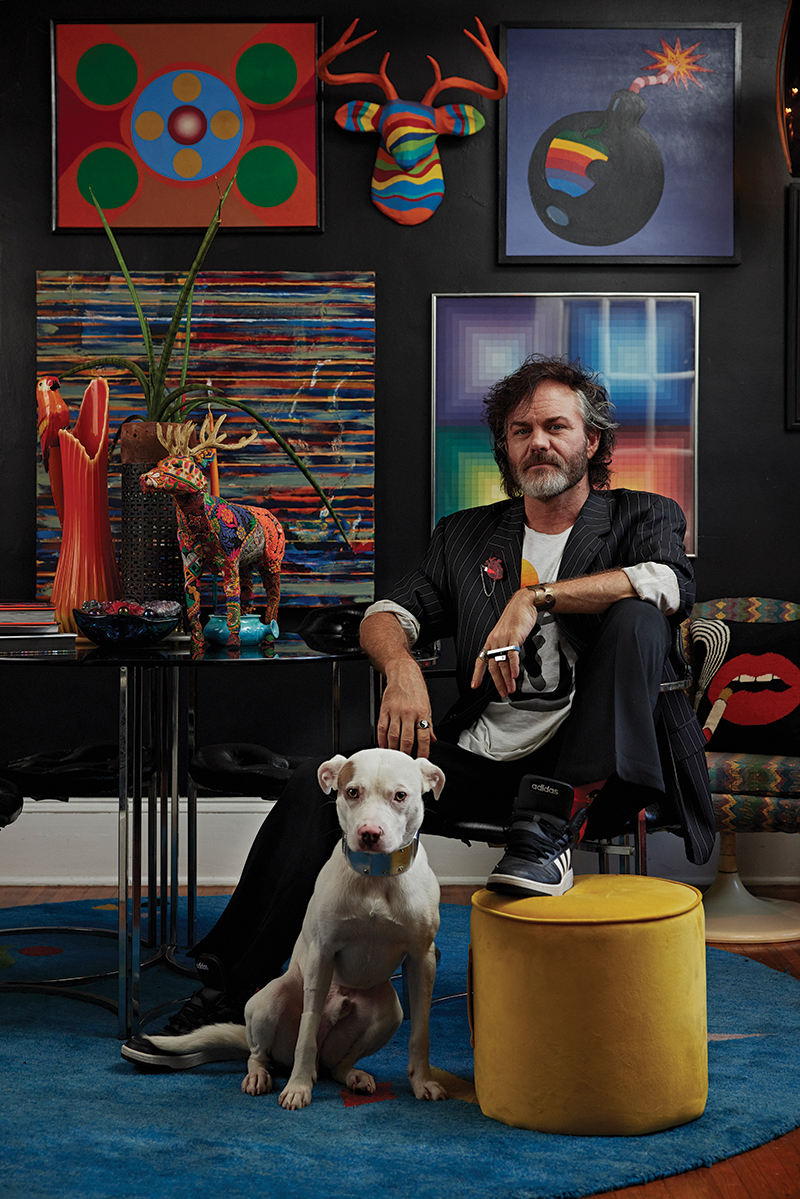 Scott Weaver with his dog, Roy (right), at home in his 1926 Plaza Midwood quad. Photos by Rusty Williams.

On the side of the building that houses Coaltrane’s Char Grill on Central Avenue, a mural by Matt Hooker and Matt Moore pays homage to some OGs of Plaza Midwood. Look closely, amid the penguin, diamond, and eight ball, and you’ll see the face of Scott Weaver fused with the face of a wolf.

Weaver’s lived in the neighborhood since 1995, and he opened his store, CLTCH (pronounced “clutch”), a few doors down from Coaltrane’s, in 2015. It’s a kind of hipster novelty shop that sells gifts and accessories like Betty White mugs, Harry Styles candles, and fuzzy bucket hats. You can usually find him there five days a week with his blonde pit bull, Roy, who greets customers and patrols the shelves. 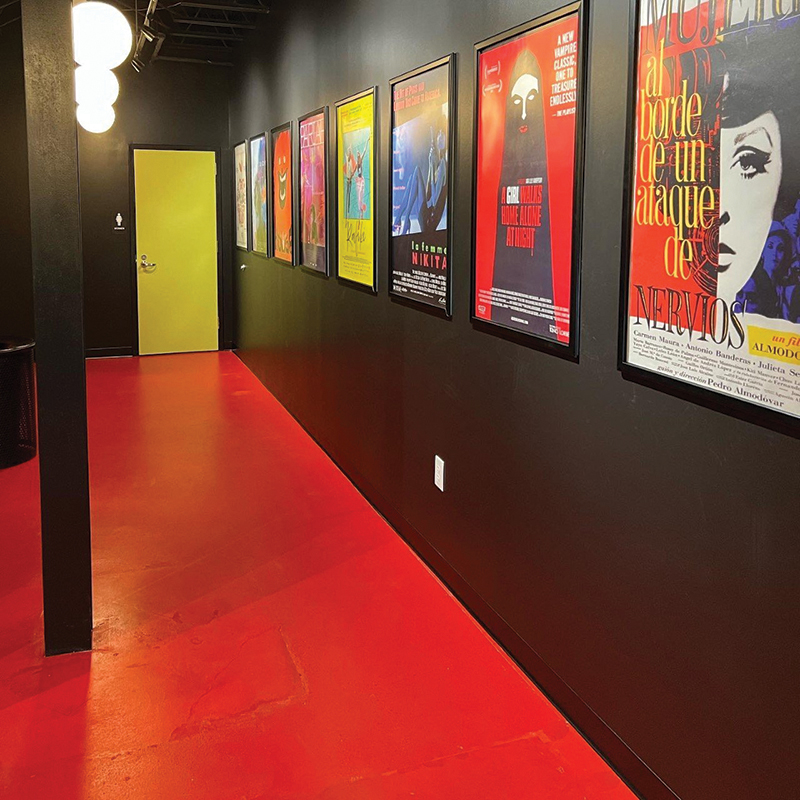 Weaver spent three months designing the interior of The Independent Picture House (above), which opened in NoDa in June. He typically spends five days a week at CLTCH (below), his novelty shop in Plaza Midwood. 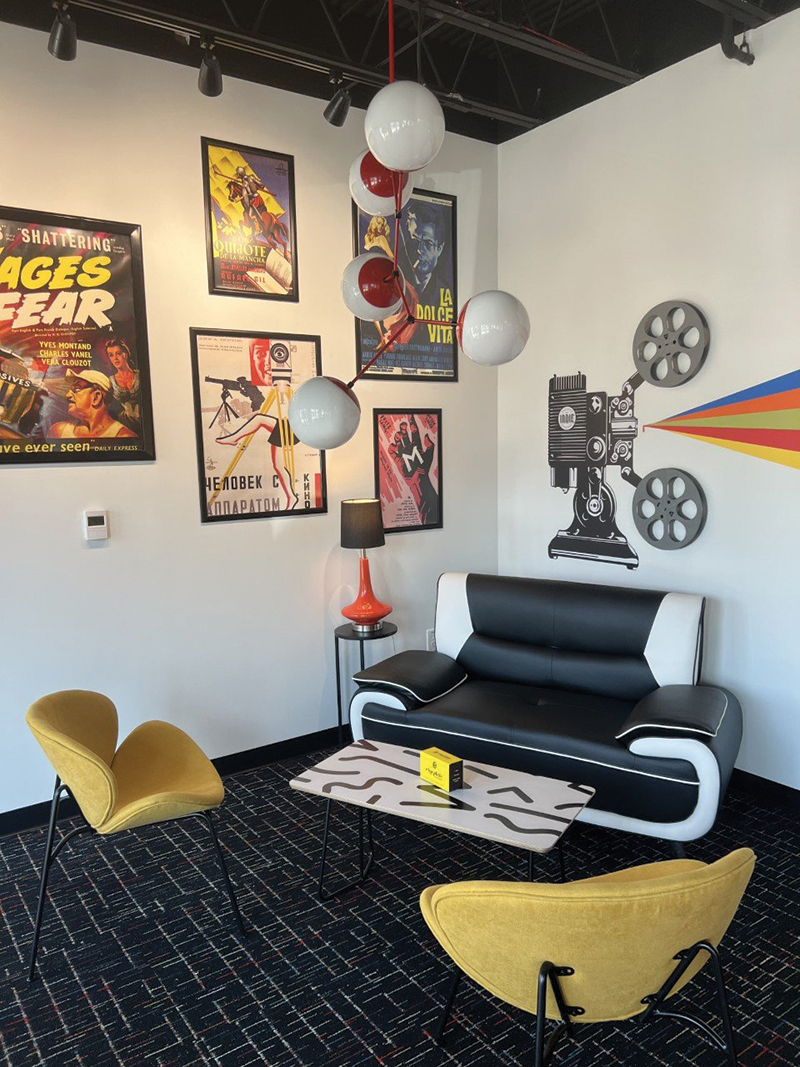 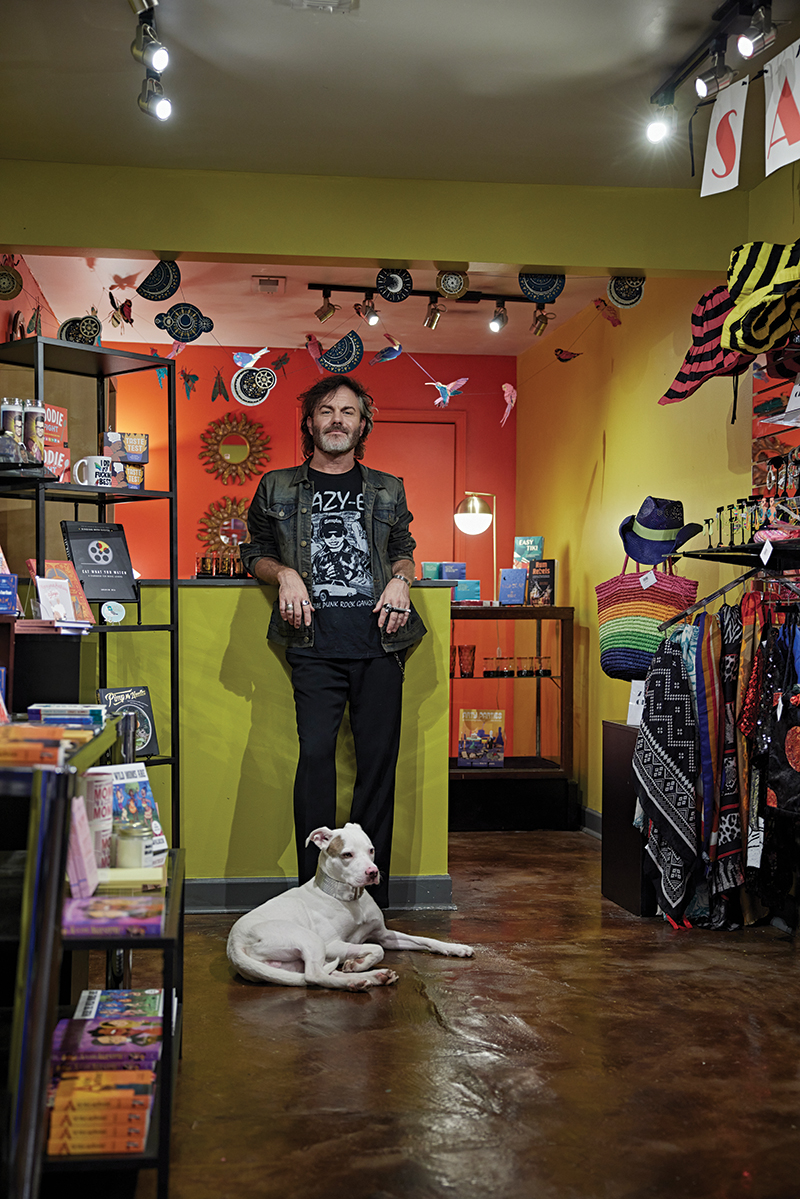 The 52-year-old is a longtime DJ at neighborhood fixtures like Snug Harbor and Soul Gastrolounge (until it closed in August). “The word ‘vibe’ has become so overused now, but I’ve called myself a ‘vibe curator’ instead of a DJ for literally years,” he says. “Music’s been as much of a career for me as anything. When I DJ, I create the ambience to complement the room I’m in. It’s never, ‘These are the top 40 songs right now.’”

Weaver has left his stamp all over Plaza Midwood, and he’s dabbled in almost every creative discipline you can imagine. He’s worked as a makeup artist, fashion buyer, visual merchandiser, and event planner. He started his own jewelry line at 18, designed a collection of neckties, and played in three bands. He was the creative director for the Condom Couture fashion show, which raised $90,000 for Planned Parenthood between 2015 and 2019. He’s also designed the interiors of several Plaza Midwood restaurants, including Soul Gastrolounge, The Diamond, and Enat Ethiopian Restaurant.

“I came up with a blanket term for when people ask me what I do,” he says. “I’m a multidisciplinary creative.” But when I ask him to describe his personal style, he has to give it some more thought. “I’m very eclectic. I’ve worked in fashion, so at this point my style is truly streetwear, high fashion, and rock ’n’ roll. Where I am now, and the way I dress and work and live, is the distilled version of all those things coming together.” 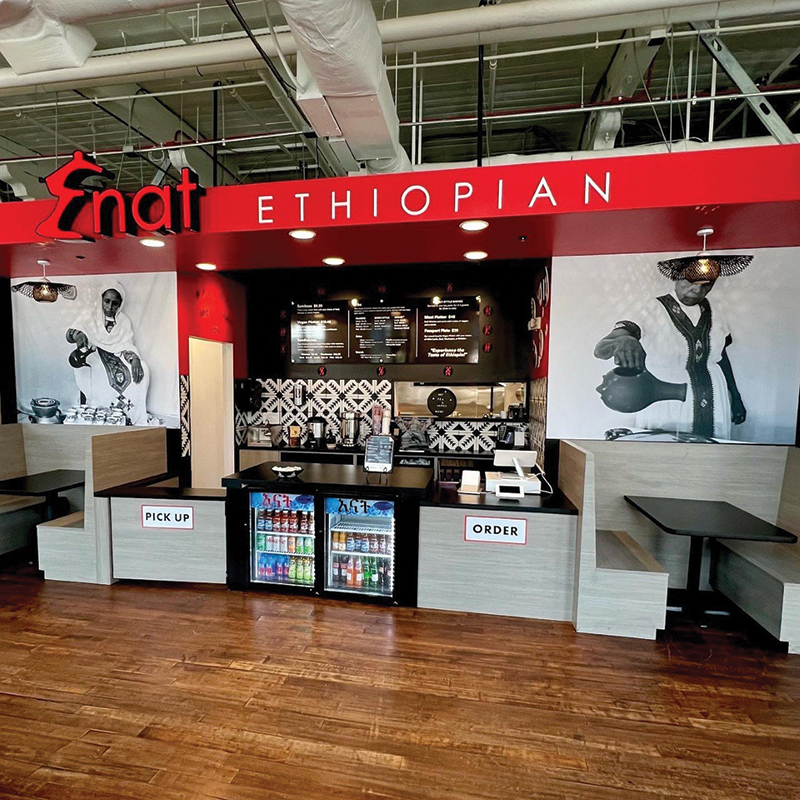 Enat Ethiopian Restaurant on The Plaza, another of Weaver’s design clients.

In April, the owners of The Independent Picture House hired Weaver to design the interior of their new art house cinema in NoDa. “I’ve always been a big movie fan, so I had personal interest in this project because I want us to have an independent movie theater,” he says. “We wanted it to be graphic and eye-catching. Fun but not stuffy.”

Weaver color-blocked the walls and decorated them with original film reels and a vintage projector he salvaged from the Manor Theatre, which closed in 2020. He painted each interior door a different color and finished the floors to mimic a red carpet. A gallery of international movie posters adorns the lobby, and black-and-white photos of old theaters in Charlotte decorate the hallway.

Weaver, who grew up in The Shoals area in northwestern Alabama, admits his career has never been linear. “Everything’s connected, though,” he says. “One thing always influenced the other thing.”

Weaver at home (top); his face appears in a mural (above) at Coaltrane’s Char Grill on Central Avenue. 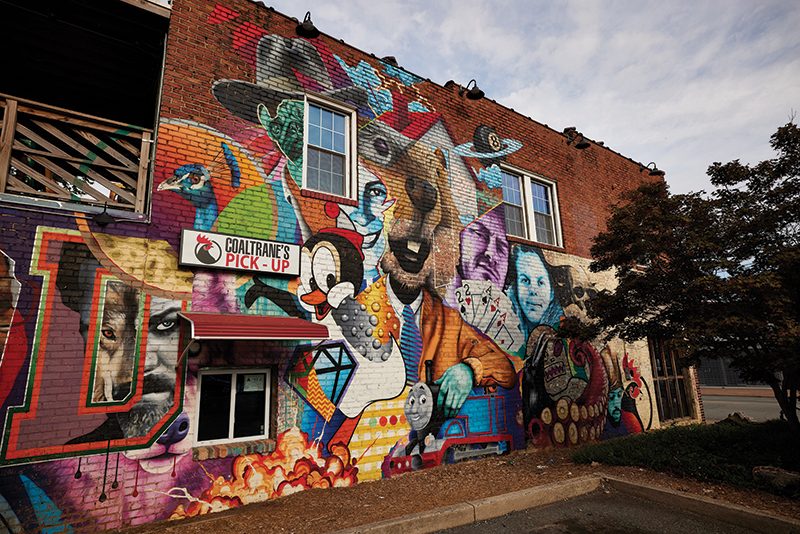 In his 20s, when he was on the road with his band, he’d stop at antique stores and come back with a van full of vintage furniture and trinkets. Between gigs, he made his living as a freelance makeup artist for a number of clients, including Condé Nast and other publications and productions in New York, Los Angeles, and London. “My love of that led to helping friends out, a little bit here, a little bit there,” he says. “Friends would open a bar or have a fashion show and need my help to design it.”

Weaver stopped working as a makeup artist at the start of the pandemic but still does character makeup for the occasional museum gala or drag brunch. He’s always looking for his next interior design project. But right now, his main focus is on CLTCH and keeping it stocked with snakeskin clutches, crystal-encrusted sunglasses, and Dolly Parton air fresheners.

“I’ve been so fortunate to have the experiences I’ve had, but I’ve worked really hard to get here,” he says. “Growing up in a small town, I just naturally thirsted for fashion and beautiful places, and in my naive little mind, I thought I could do it. My goal was never to get rich; it was always to be fulfilled.”