Charlotte took a major step in the march toward a town-run fire and rescue service on Monday night.

At a special meeting on Dec. 5, the selectboard decided to hire a coordinator to help switch Charlotte Fire and Rescue Service to a department of the municipal government, rather than a separate nonprofit organization.

Actually, the bid from Gallagher, Flynn & Co., a South Burlington consulting firm, was for $18,900, but chair Jim Faulkner recommended making the motion for a bit more to cover incidental expenses. 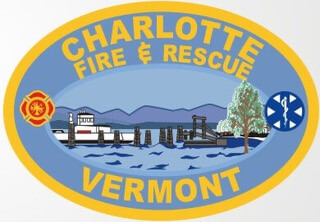 Faulkner said he had realized the board had not submitted the bid for a coordinator for a second round of bids as is prescribed in the town’s purchasing policy and initiated a discussion about whether the rest of the board thought this was a problem.

Charlotte has hired Gallagher, Flynn over the past couple of years to help with human resources issues, most notably with an analysis of town salaries, but the firm is not on the town’s list of preferred providers which would have made a second round of bids unnecessary.

Searching the town’s website during the meeting, the board did find an exception to the second bid requirement “if the selectboard prefers a vendor because of its history of work for the town or an extensive knowledge of the town’s need.”

“We’ve done a lot of work with them,” Faulkner said.

The town also has an exception if delay would “result in a substantial impairment of the delivery of important town services,” according to the policy.

Faulkner told the board the plan is to have the transition to a town-run fire and rescue service completed by June.

“Since we exhausted the bidding process and had no acceptable bids, we’re moving to a preferred source exemption under the purchasing policy,” Matt Krasnow said. “That’s my quick read of it.”

He said the board had worked hard at casting a wide net, seeking bids nationally from volunteer fire and rescue departments for a consultant to help with the transition.

“I think that was probably one of the broadest that we’ve cast as far as bidding goes,” Krasnow said.

One person in the audience, Charlie Russell objected to the board approving a contract with Gallagher, Flynn.

Russell said the process was rushed and the request for proposals was not viewable by the public.

“I don’t like the fact that you’re discussing a document that the public hasn’t had a chance to see,” Russell said.

The amended request for bids for a coordinator was not included in the “meeting packet” the public can access on the town’s website.

Russell argued for more transparency and taking more time because of the complexity of the town taking over a “million-dollar operation.”

“If it was delayed another year, I think it would be prudent,” he said.

The board appeared surprised, bewildered and offended by Russell’s assertions.

“This is not new. We started this quite a long time ago.” Faulkner replied.

Faulkner objected to Russell raising his objections “at the last minute” when the board is about six months away from completing the transfer.

He also was flummoxed that Russell felt the proposed transition was being done without the assent of the volunteer fire and rescue service. “They are in agreement to go into the municipality. Why are you bringing this up now?”

“You just think we’re doing this from the seat of our pants; I can honestly tell you I take offense to that because we’ve really been trying to figure this out,” Faulkner said.

Frank Tenney, who is the board’s liaison with the fire and rescue department, said Russell was talking like the fire and rescue service was being forced into becoming a town department and that is not his intention. Acceding to Russell’s complaints would mean starting the whole process over, Tenney said.

Frustrated by the exchange, Tenney got up from the board table, walked out of the main room of the town hall and into another room.

Russell said, “I understand it’s hard to get criticized. I was on the board for 15 years.”

“I can take criticism if it’s legitimate,” Faulkner said.

After a couple of minutes, Tenney returned and the board voted 4-0 to make Gallagher, Flynn an approved vendor and then by the same margin voted to hire them to coordinate the transition.

Board member Lewis Mudge was absent because he was in Kenya.

Before adjourning, the selectboard members agreed that their conversations with Gallagher, Flynn during the transition will be in open session.