Room We Love: A Standalone Office in NoDa

Home/Uncategorized/Room We Love: A Standalone Office in NoDa
Previous Next

Room We Love: A Standalone Office in NoDa


After 10 years in a tiny New York apartment, Taylor Silverstein was used to living in tight spaces. The 1,800-square-foot NoDa bungalow she purchased with her husband, Eric, in 2019 provided plenty of room for the two of them—but in 2021, Taylor found out she was pregnant. Taylor was running her interior design business, taystefullymade, out of the dining room, and she decided to convert that space to a nursery and build a standalone studio behind the home. The result is a 120-square-foot sanctuary that accommodates her workstation, Peloton bike, and decorative accents that reflect her love of Arizona. “I was born in Scottsdale and got married there,” she says, “so it has special memories for me.” 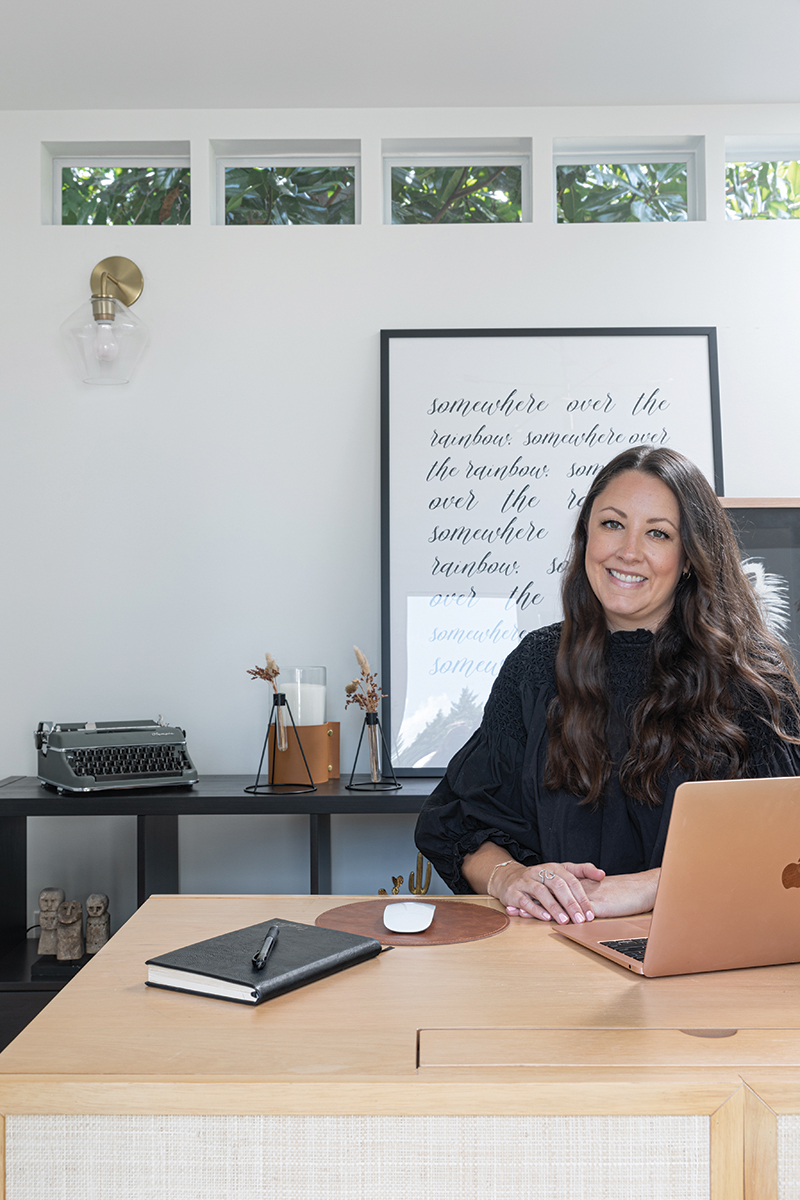 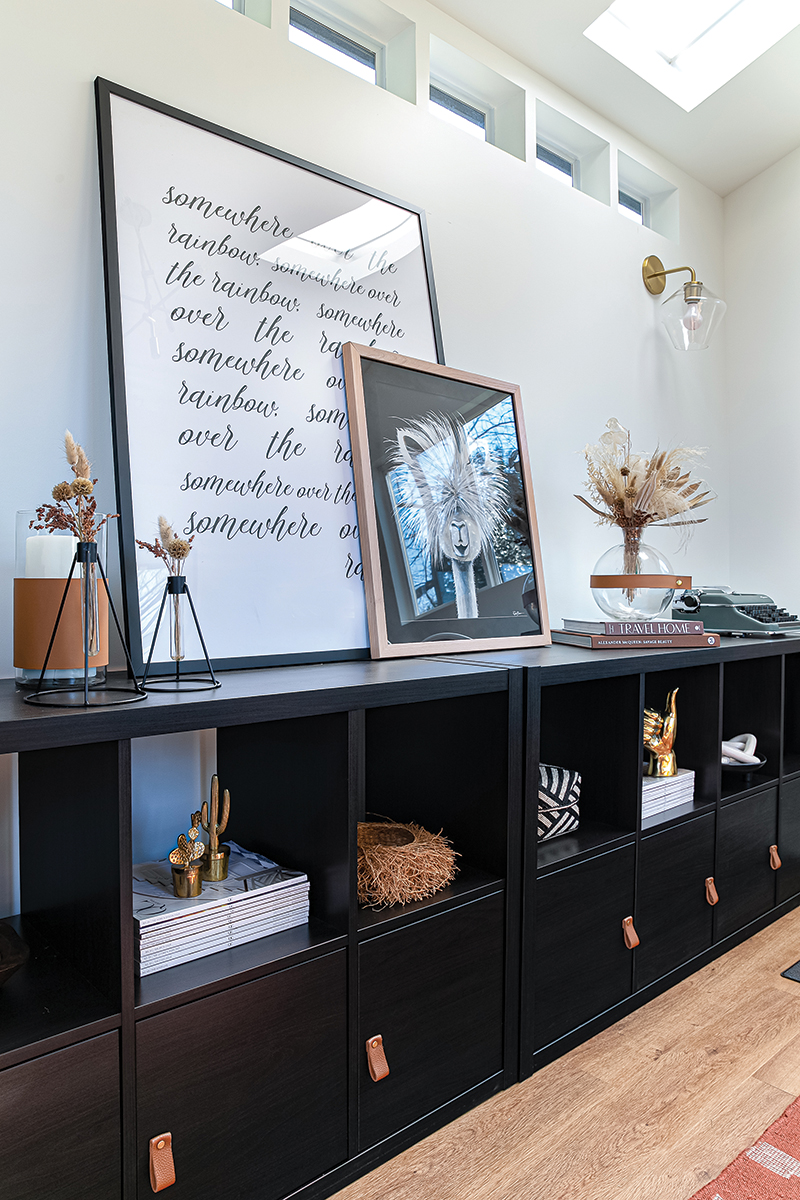 UP TO SPEED
Taylor wanted her office to match their 1946 bungalow, which had been renovated in 2018, but decided a Tuff Shed from Home Depot would require less time and cost less than a from-the-ground-up addition. Taylor selected a model from the Ranch Series and digitally rendered the interior herself. “I chose the highest ceiling elevation, upgraded to residential sliding glass doors, and went for the transom windows and skylight features to let in as much light as possible,” she says. “Then I worked with our contractor to pick finishes that tie back to our home.” 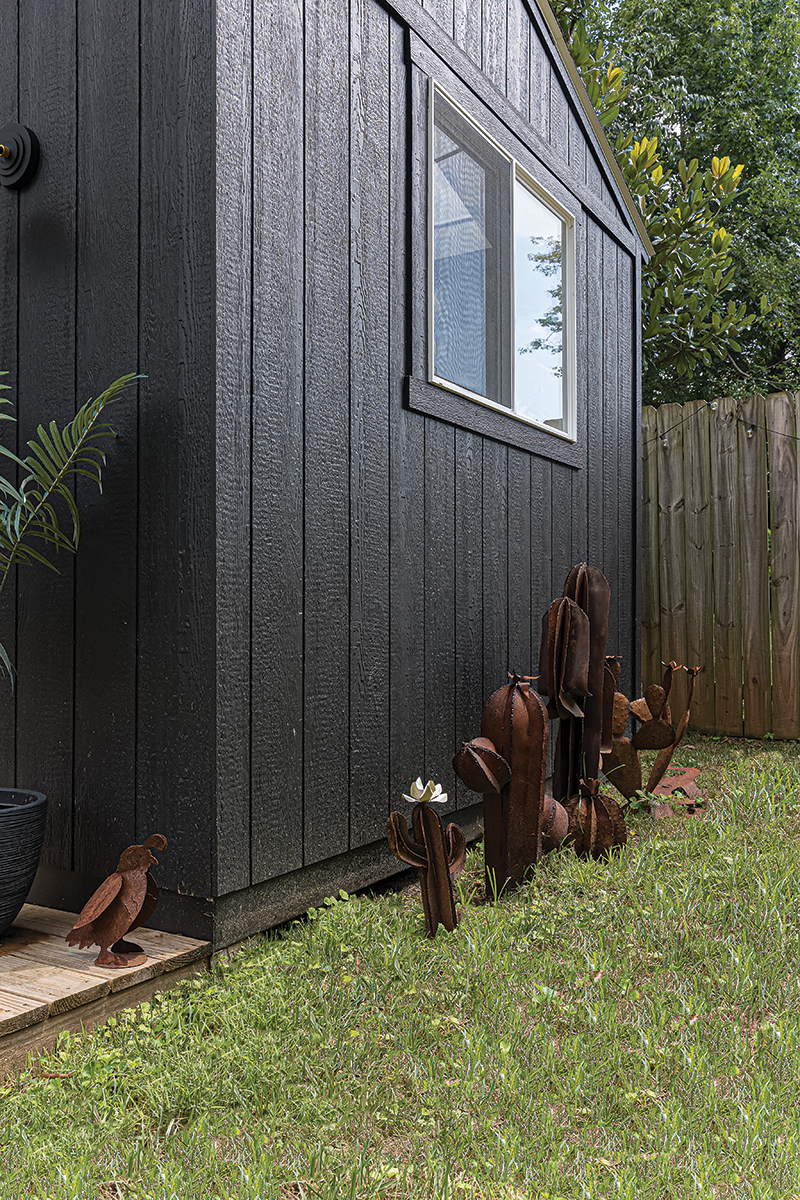 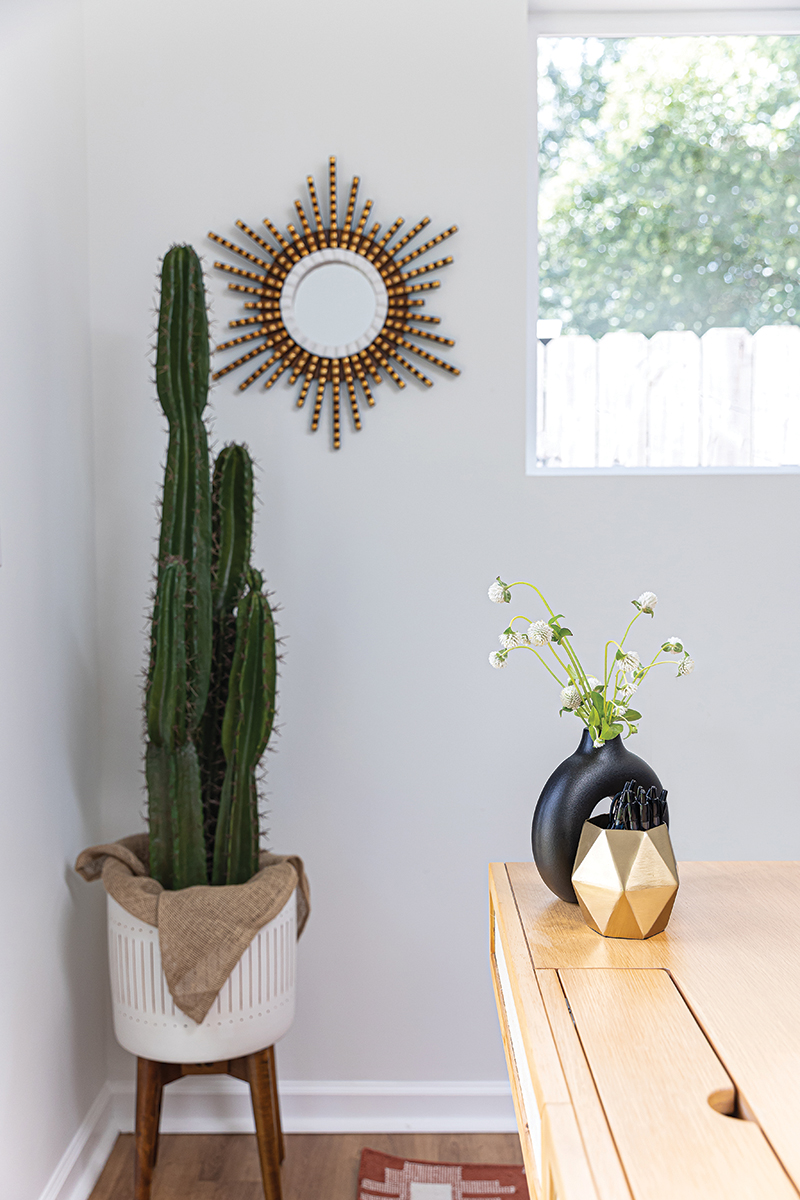 EXTENSION OF HOME
Taylor added a front porch to the entry and painted the exterior in Sherwin-Williams’ Black Magic. To match the interior of the bungalow, she chose blonde oak vinyl plank flooring and painted the walls in Pure White. “The biggest thing was making sure it felt not like a shed but a residential addition to the home,” she says. “The electrical was the biggest challenge because we were utilizing electricity from the main house, so I worked with an electrician to run wiring underground to the studio.”

STORIED DECOR
To make the most of the limited square footage and utilize the natural light, Taylor positioned her desk to face the sliding glass doors and put her Peloton bike in the corner. She pushed two dressers together against the back wall and used the bottom cubbies for storage. The top shelves display sentimental items, like her grandfather’s typewriter and prints she brought back from Arizona. “I wanted to fill this space with things that bring me joy,” she says, “and tell a story about who I am.”