Room We Love: A ‘Man Cave’ in Matthews

Home/Uncategorized/Room We Love: A ‘Man Cave’ in Matthews
Previous Next

Room We Love: A ‘Man Cave’ in Matthews

Alexis Warren’s clients bought their Matthews home to make more room for their three young children, and the finished addition above the attached garage closed the deal. They wanted to transform the space into an aboveground “man cave” as a 40th birthday gift for the husband. It would need a wet bar, dual tap kegerator, and plenty of seating to host friends on game day. “The homeowners love the Prohibition era,” Warren says. “Since (the room) is separate from the house and has its own stairwell, they wanted it to feel like you’re walking into a speakeasy.”

The homeowners had already replaced the brown carpet with hardwood flooring, so Warren’s next move was to install plumbing for the wet bar. She painted the walls School House White by Farrow & Ball and had the team at New Life Building Supplies install custom cabinetry. The white-tile backsplash and countertops came from Harkey Tile & Stone and the adjustable barstools from Pottery Barn. “It was really important to have that L-shaped counter,” she says. “The room had a load-bearing pillar that we couldn’t remove, so all the furniture had to fit around this weird angle.” 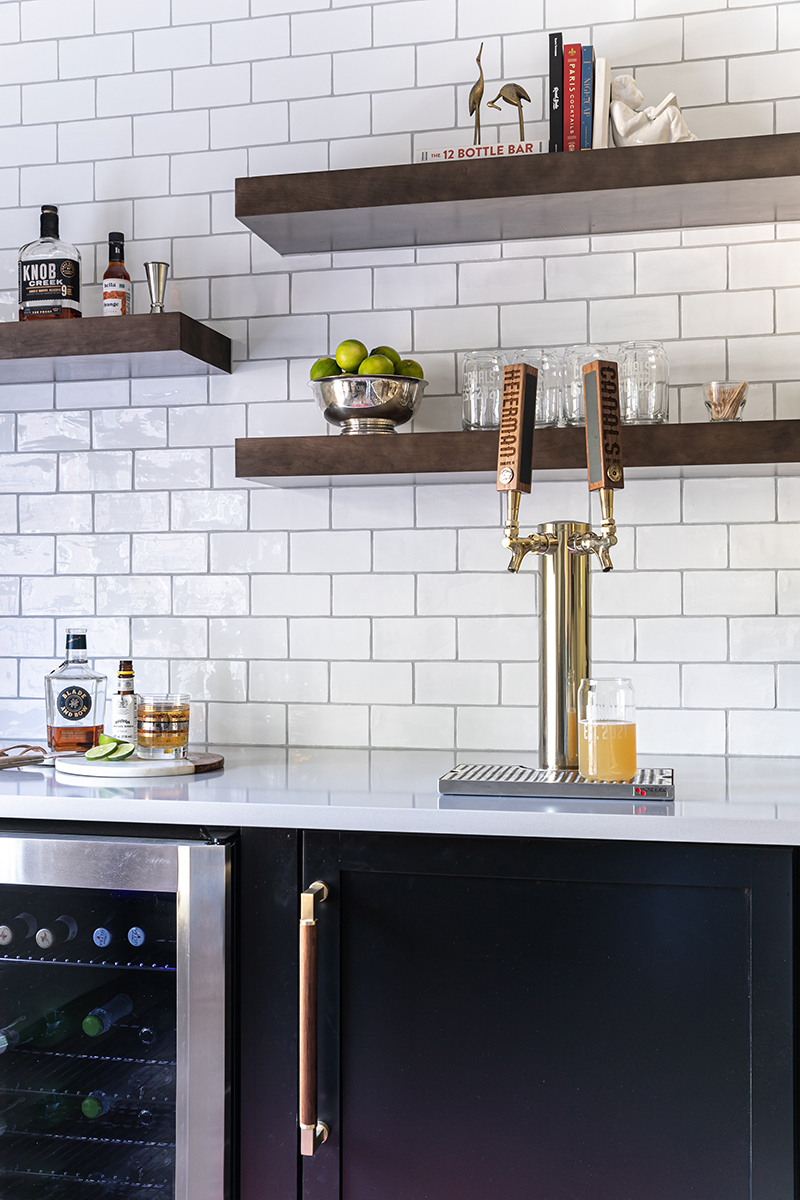 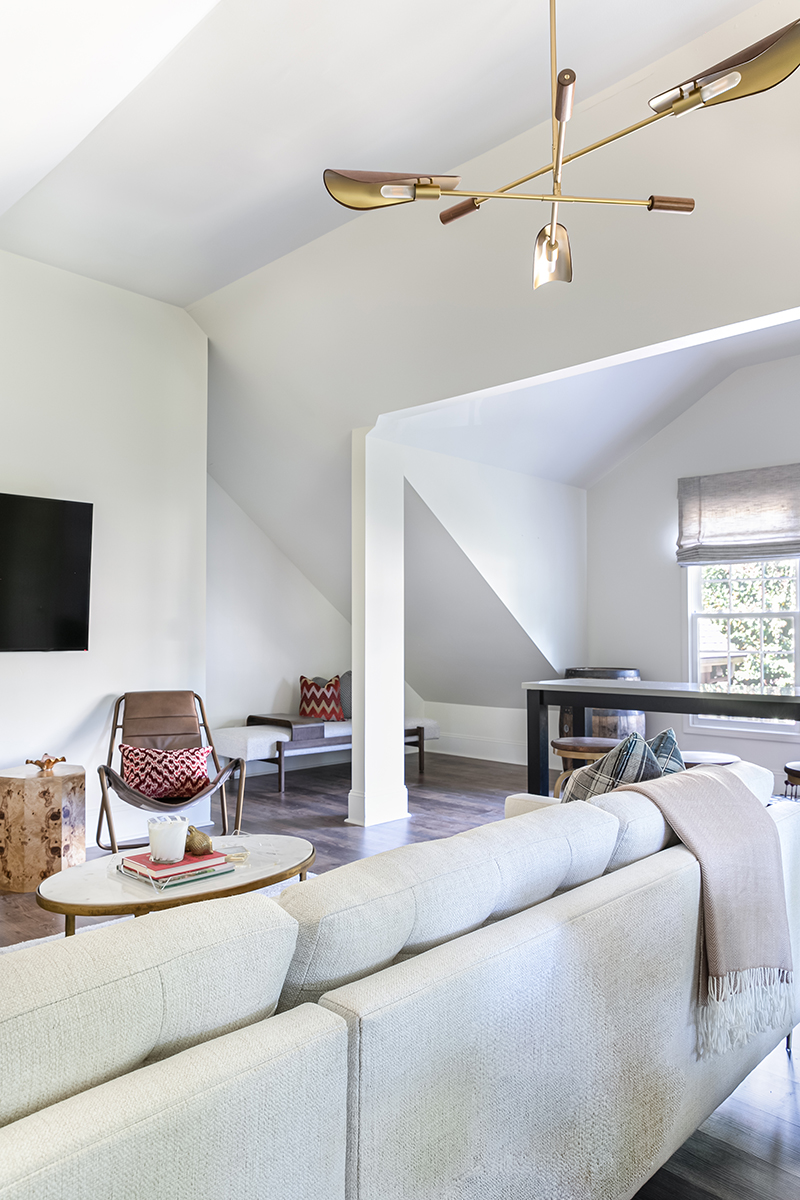 Because of space constraints, Warren had Beth Barden of designPOST Interiors make a custom sofa that left enough room for a table with four chairs. “They love to play cards, so they really wanted a game table and room to play darts,” Warran says. “But that dual tap kegerator—that was honestly the biggest part of this. They wanted to have multiple beers on tap, but the first (kegerator) wasn’t the right size. Sometimes the smallest projects can be the most difficult.”

Warren found the red, patterned area rug from Chinoiserie Squirrel, a vintage pop-up. “You’d think a moody, darker-colored rug or cowhide would fit in a man cave, so it’s an unexpected pop,” Warren says. The custom Roman shades have “a really nubby texture that pulls out the blues in the plaid pillows.” She added staggered floating wood shelves above the wet bar and chose oversized brass hardware for the kitchenette. For the vaulted ceiling, she installed a brass chandelier with leather shades from Four Hands. “The wood, brass, and leather,” she says, “all those details pull it together.”