A recent search on the web of accessory dwelling units, or ADUs, was surprising and revealing.

Did you know that you can buy a 410-square-foot guest house building kit from Home Depot for $33,994? Or, how about $800 for the plans for a 750-square-foot “accessory dwelling unit friendly” country cottage? 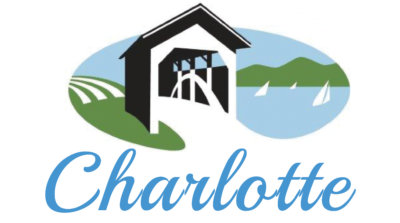 Home Depot also oﬀers the “Bungalow Loft” building kit for $46,997 and says there are “free returns for most items.” Huh? Does that mean one can return the house if one doesn’t like it?

Vermont Act 179, passed in 2020, is related to promoting aﬀordable housing in the state and includes changes to the definition of accessory dwelling units. It also “prohibits a municipality from denying a four-unit dwelling based solely on the character of the area when conducting a conditional use review in a district that allows multi-unit dwellings.”

On Aug. 9, the Charlotte Planning Commission held a hearing on 27 proposed amendments to the Charlotte land-use regulations. Some changes regarding accessory dwelling units are necessary for compliance with the state statute (see above), including eliminating the need for development review board review for accessory dwelling units and eliminating the restriction of the number of bedrooms.

Accessory dwelling units have many benefits including housing for family members, such as adult children, older relatives or grandparents. It also enables a homeowner to build a smaller home on their land to retire to, in which case the primary residence can generate additional income. This is especially valuable for older retirees on fixed incomes. It also is a great way to attract young people and families to Charlotte.

Accessory dwelling units built on property with existing wastewater and water capacity is less expensive than purchasing a new or preexisting home. I have spoken in previous articles about the eventual need of community wastewater and water systems to spur growth in the east and west villages, but plans for these systems take a great deal of time and eﬀort, far more than approval of accessory dwelling units. These changes create opportunity to meet housing needs now.

Now that the planning commission has completed its hearings and review, the selectboard is required to hold public hearings for input and review, then decide whether or not to put the amendments on the ballot in November. The amendments are segregated into five buckets: legislatively mandated changes; clarifying existing standards; two sections of proposed new or revised policy standards; and updates to reflect change to the development review board model. As with the proposed land-use regulation amendments in 2021 (articles 6,7,8,9), the planning commission is recommending to the selectboard that the amendments be presented as separate articles to voters, consistent with prior deliberations and public hearings.

How about if nine turned out to be three, do you mind or do you care?

I was chair of the planning commission at the initial sketch plan review, site visit and balloon test. It was my opinion then, and remains so today, that what was proposed was appropriate and consistent with the land-use regulations and town plan.

The O’Donnell-Donovan project was carefully thought out and took into consideration the areas of high public value at the site. The nine lots were tightly clustered and left the overwhelming majority of farm land open and the woodlands and wetlands free of development.

I have been clear regarding my position on development. I’m in favor of more in the village districts and reduced sprawl in the rural district. Having said that, what was first proposed and what is now proposed both fall well within the town plan and land-use regulations. What was initially proposed that would have been smaller, tightly clustered lots and smaller houses has now morphed to larger lots on larger parcels.

So, what do you prefer — nine or three?

(Peter Joslin is former chair of the Charlotte Planning Commission.)