Nonstop Flight: A Trip to Birmingham

Home/Uncategorized/Nonstop Flight: A Trip to Birmingham
Previous Next

Nonstop Flight: A Trip to Birmingham

Birmingham, Alabama, earned the nickname “Magic City” because of its rapid development as a steel manufacturing center in the decades after the Civil War. The hills of central Alabama are rich in iron ore, coal, and limestone, and thousands flocked to Birmingham to work in the mines and steel mills after the city’s founding in 1871.

But a type of slavery persisted in the form of a convict leasing program, which allowed the city to use prisoners, 90% of whom were Black, to perform hard labor. Birmingham’s steel industry thrived, and the city forged a legacy of racism. By the mid-20th century, Birmingham was the most segregated city in America. More than 50 bombings between 1947 and 1966 earned the city another nickname: “Bombingham.” Public outrage over the 1963 Ku Klux Klan bombing of the 16th Street Baptist Church, which killed four Black girls, helped ensure the passage of the Civil Rights Act of 1964. But Birmingham has been slow to integrate its neighborhoods and public schools.

Beginning in the 1970s—as in Pittsburgh, its industrial counterpart to the north—manufacturing jobs declined in a city with polluted air and water after a century of mining and steel production. Steel mills and furnaces closed, abandoned warehouses deteriorated, and crime increased downtown.

Since the early 2000s, though, the city has reinvented itself as a historical and cultural destination. Developers have restored dozens of historic properties, like the Lyric Theatre and Redmont Hotel. Tech companies have turned downtown into an entrepreneurial hub, and today, Birmingham is home to the state’s oldest LGBTQ pride festival. Birmingham is just over an hour from Charlotte on American Airlines or six hours by car. It’s full of museums, attractions, and restaurants that make the Magic City a place worth revisiting. 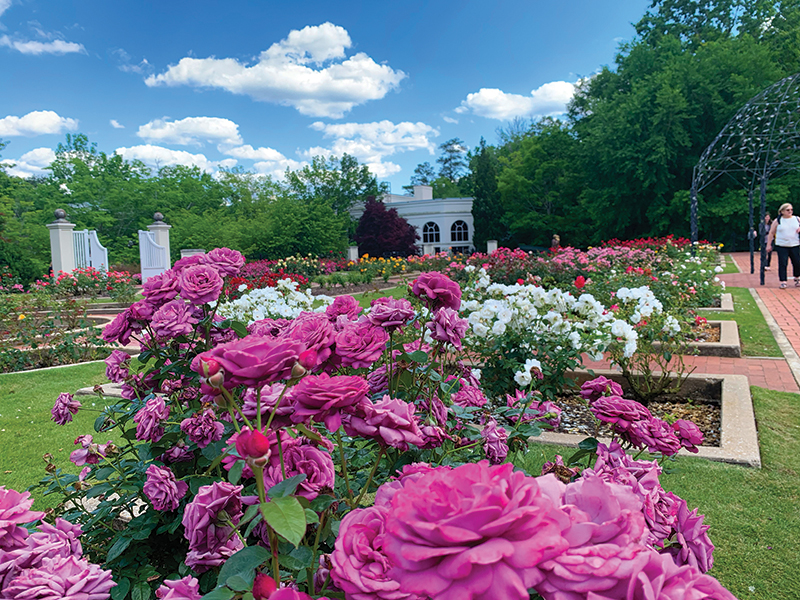 The Birmingham Botanical Gardens (above); the 46-foot Rotary Trail sign (below) marks the start of a half-mile walking trail through downtown. Greater Birmingham CVB. 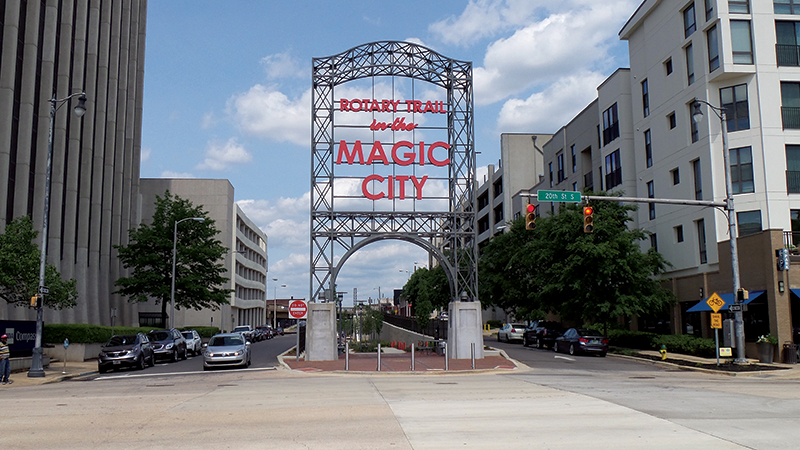 The Grand Bohemian Mountain Brook puts you within walking distance of the Birmingham Zoo, Birmingham Botanical Gardens, and the boutiques and restaurants in English Village. The hotel has a pool, spa, and rooftop bar for late-night bites and drinks. The Homewood Suites is a good option for families, with two-bedroom suites, kitchenettes, and an outdoor pool. For a bit of history, stay at Redmont Hotel, a restored 1920s hotel in downtown that’s within five blocks of the Theatre District and Birmingham Civil Rights Institute.

Start your day at Hero Doughnuts & Buns, a local institution known for brioche-style yeast doughnuts. The menu also includes breakfast sandwiches, loaded hash browns, and draft lattes. Grab a casual lunch or dinner at Little Donkey Mexican Restaurant in Homewood and enjoy fried chicken, street tacos, and Strawberry Swirl Margaritas. For a special occasion or date night, book a table at Automatic Seafood and Oysters. Chef Adam Evans, winner of the 2022 James Beard Award for Best Chef in the South, changes the menu daily, but standouts include Yeast Rolls, Smoked Fish Cake, and BBQ Gulf Spotted Eel. For some local beer, head to Back Forty Beer Company, which has up to 25 brews on tap at any given time, plus burgers, pizzas, and gourmet salads. Kids can run around in the biergarten or hang out in the taproom and watch the big game on multiple flat-screens.

Tour the Birmingham Civil Rights District on an air-conditioned bus to see the 16th Street Baptist Church, Kelly Ingram Park, Boutwell Auditorium, and the site of the attack on the Freedom Riders. Check out Railroad Park, a 19-acre green space in the middle of downtown with walking trails, two playgrounds, and three skate bowls. See the largest cast-iron statue in the world at Vulcan Park & Museum, which stands at the top of Red Mountain and overlooks the city. You can take the elevator up to the statue’s lookout tower—or climb the 159 original marble steps to the top—then come back down to the museum for some local history. At the Birmingham Botanical Gardens, explore two dozen garden spaces, fountains and sculptures, and miles of walking paths. About a mile down the road, The Birmingham Zoo is home to more than 750 animals, including an alligator lagoon, butterfly house, and black bear exhibit. 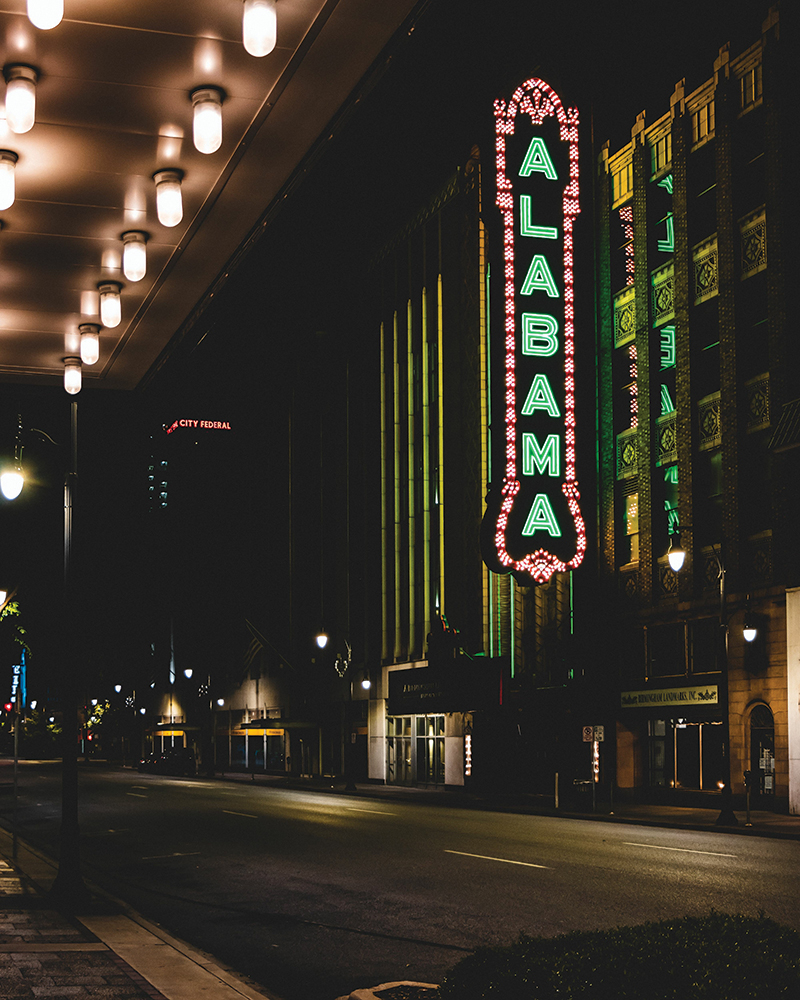 The 2022 Alabama Theatre Holiday Film Series
If you’re in Birmingham between Dec. 9 and 22, visit the Alabama Theatre and experience this local tradition. See the historic downtown venue decked out in festive decor and catch a flick or two during the holiday film series. The 2022 lineup includes old favorites like White Christmas and It’s a Wonderful Life and more recent classics like Die Hard and Elf. Doors open an hour before showtime, and admission is $10 (free for children under 2). Visit alabamatheatre.com for the schedule and tickets.