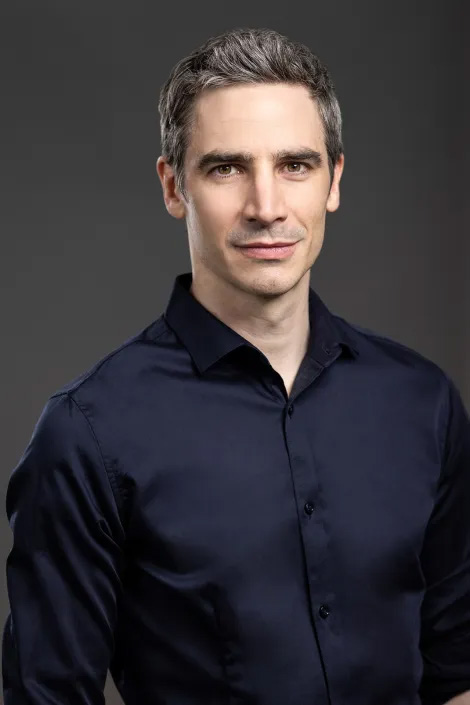 Alejandro Cerrudo was never a prodigy—and that’s one of his strengths. The Madrid-born dancer and choreographer took his first dance class at age 8, inspired by his ballerina big sister. He didn’t fall in love right away, much less know it would become his life’s work. But his interest deepened by degrees until his dance career outlasted his sister’s. His commitment is unshakable, he says: “It wasn’t a decision I made out of nowhere.” To better understand his art, he took up choreography at 20, a tendril of curiosity that grew into a taproot. Every step is deliberate.

In April, Charlotte Ballet announced that Cerrudo would join the company as artistic director starting this week. It will be the latest stop in a career that includes stints with Spain’s Victor Ullate Ballet, Stuttgart Ballet, Nederlands Dans Theater 2, and Hubbard Street Dance Chicago. He was most recently resident choreographer at Seattle’s Pacific Northwest Ballet, the first artist in the company to hold that title. His acclaimed works include Memory Glow, One Thousand Pieces, and It Starts Now, among many others.

“What happens when Alejandro Cerrudo is given two dozen dancers and 90 minutes? A pure, fluid and eye-poppingly brilliant testament to what modern dance can do,” effused Chicago Theater Beat. “Congratulations, Mr. Cerrudo. You have crossed the line from genius to legend.”

We’ll soon find out what happens when Cerrudo determines the creative vision of an entire company. In the meantime, get to know Charlotte’s newest arts leader, in his own words.

On the future of Charlotte Ballet

Charlotte Ballet has everything an artistic director would hope for, starting with the Academy and the training program, the second company, the main company, the whole team. I had the opportunity to meet everyone during the interview process, and it is really a fantastic team.

And they’re so versatile. The repertoire is so broad, and I love that.

Dance companies are an ever-evolving thing, especially now. Coming in, the first order of business is to really get to know everyone, not only in the organization but also our audiences, and how we can be more present in the city and let more people know what we do.

It’s very important for me that we start with ourselves and the way we work and the people that we hire—that they’re not only the best professionals but that we have a diverse group of artists and employees. The more diverse the voices that we bring to the table, the more sophisticated and innovative our product, our decisions will be. Charlotte Ballet is already doing the work, so it’s for us to continue pushing that and enhance it. Once we continue doing the work within the organization, that reflects to the outside and reflects to the audience. We want to cater to everyone, so it’s not a specific demographic. It’s very important that everybody, as many people from different backgrounds and cultures and races, experiences what we do.

Dance, in my experience, has been incredibly international. I learned English in Germany, taught by Polish Russians, Italians, French. It’s what I’ve known and what I’m made of. The work environment is so much richer. That’s what opens our minds, to work with all these individuals from such different backgrounds.

On how to appreciate dance

If it’s your first performance, it’s a pity if you don’t have a good experience, because that might mean that you’re not going to go again. But it’s like going to the movie theater and you didn’t like it and you never come back. There are so many movies, so many actors, so many ways of making film. Come to a performance with that open-mindedness.

On the significance of dance

It’s something I feel so strongly about, and it’s so beautiful. I know what I’ve experienced as an audience member pre-pandemic. I’ve gone to shows where I’ve come out for the next hour and the next day thinking about that performance. How bubbly, how excited, how inspired I was because maybe they did a show that I had never seen before, or they took it to a place where I never thought someone would take it. All of those things really inject happiness in our lives. It’s like going to a great concert. We need it. It’s part of life. It should be part of life, all of this art. That’s living. You need to get out and experience it.