Is it raining golf balls?

Is it raining golf balls? 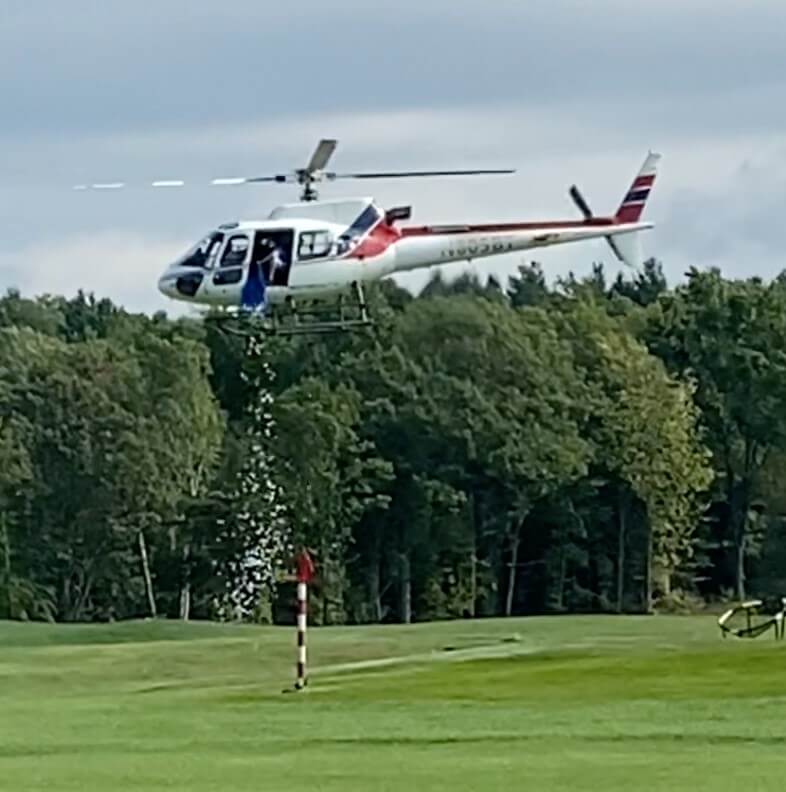 Above: Beta Technologies helo at the Drop. Photo contributed.

What do you get when you mix a beautiful Vermont summer morning with 1,100 golf balls, a helicopter and the Charlotte-Shelburne-Hinesburg Rotary Club? You get a big win for Shelburne resident Caleigh Thompson. She won first prize at the club’s first-ever airborne drop at The Kwini Club/Gonzo’s on Spear Street in Shelburne. The excitement was palpable as the copter made its low introductory pass over the big red “pin” 60 yards away. The rain of balls from the subsequent hovering helo drew a collective gasp as the balls hit the ground. And the winning ball came to rest six inches from the “pin,” beating out the runner up by two inches. The farthest ball at 15 yards won its owner a substantial gift basket. 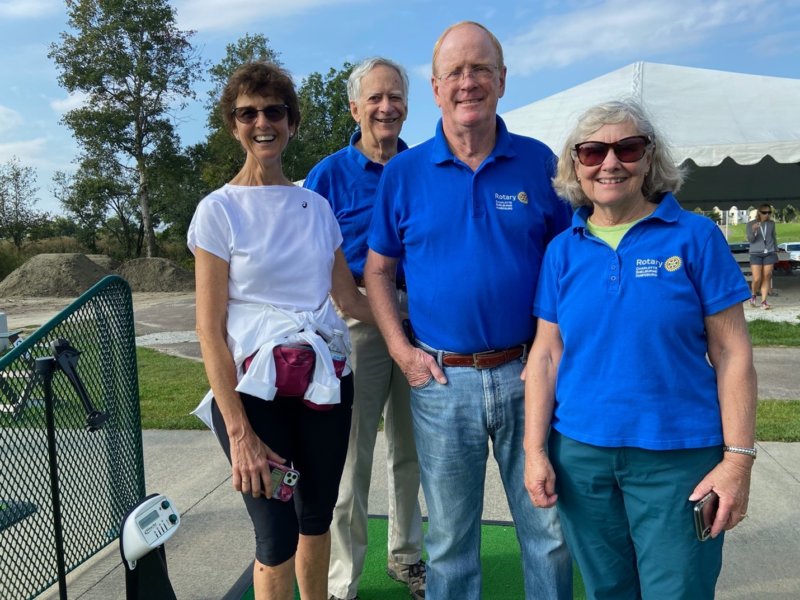 The Golf Ball Drop is an ongoing project and will net the Rotary Club more than $11,000 that will be divided equally among the fire and rescue departments of the club’s three towns. The total of number of calls to which they responded last year was 2,100. The club would like to particularly thank Beta Technologies for providing the pilot and aircraft and The Kwini Club for their generous support, as well as all those who contributed to the program by buying balls. A special thanks goes to Steve Gonsalves who arranged for the wonderful machine that swept up all the balls, saving the Rotarians the backbreaking task of picking up and washing all those balls. We look forward to the next big drop, which is hopefully set for Sept. 24 next year.