Inside the Beyond Open Grant Program

Home/Uncategorized/Inside the Beyond Open Grant Program
Previous Next

Inside the Beyond Open Grant Program


Angelia Raynor established her business, Five Boys Trucking (“I’ve got three sons, a grandson, and a husband”), as a sole proprietorship in 2018. Like many small-business owners, she stayed afloat through the worst of COVID only through grants and loans, including two from the federal Payment Protection Program. The loss of business during lockdown added to the strain she endured already. “Being a minority or a woman in this industry is hard,” says Raynor, who’s Black. “It’s a cutthroat industry.”

With the financial help, she was able to establish Five Boys as an LLC in 2021. It remains a modest operation: two dump trucks, a Mack and a Peterbilt, that run around the clock, six days a week. In September 2022, Raynor learned about a new assistance program for Charlotte business owners that struck her as different from the ones she’d relied on during COVID. For one thing, applicants had to detail how they’d use the money specifically for “capital assets”—equipment, technology, real estate, and other tangible purchases that could help them launch or expand.

For another, the program was designed for diverse entrepreneurs—racial minorities, women, veterans, LGBTQ—and would prioritize businesses that operate in or near one of six “Corridors of Opportunity” that Charlotte city officials have identified as low-income areas in need of investment and business growth. Finally, it was a grant, not a loan, program. Recipients could invest the money in their businesses and not have to pay a dime back.

The application period began Sept. 28. Two days later, Raynor spent 12 hours assembling her documents and filling out an application for a grant of $150,000. She estimated that would cover the cost of two new trucks and, more important, a lot in one of the corridors where she could safely park her small fleet.

“I’m far from a procrastinator,” she says. “I went on the website. I researched everything that I needed. I broke it all down. I gathered my information. I made sure I had my business plan, and I submitted everything on the 30th. If somebody is giving you the opportunity to grow your business … then you have to be willing to put in the work.”

The program, Beyond Open, is unusual in other ways. It’s administered by Foundation For the Carolinas, a large philanthropic organization that rarely works directly with small business owners. Before it even accepted applications, the foundation assembled a 16-member advisory council of business owners and organizations and community leaders from the corridors to guide the program.

But the real surprise is the source of its funds, an institution that typically doesn’t part with its money without one or more strings: Wells Fargo, the nation’s third-largest bank.

As head of small business philanthropy for Wells Fargo, Jenny Flores says she was already looking for potential beneficiaries of “venture philanthropy”—charitable giving that effectively functions as a long-term investment for the bank by building a broader customer base—when the pandemic struck. “It felt like a disastrous situation, particularly for small businesses,” says Flores, who’s based in San Francisco. “We did not know whether they were going to ever open up again.”

She realized the bank shouldn’t respond only with the usual offers of assistance, like low-interest loans. In July 2020, roughly four months into the pandemic, the bank decided to use $420 million in processing fees from PPP loans for a new fund it called Open for Business. The fund awards grants and forgivable and low-rate loans to help diverse business owners stay open, and Wells Fargo estimates that more than 150,000 business owners nationwide will ultimately benefit from it. But once the worst was over, Flores says, she wondered how the bank could help some of the same businesses not just survive but grow.

Wells Fargo has launched Beyond Open as a pilot program in five cities, including Charlotte. (The others: Los Angeles, Houston, Miami, and Atlanta.) But here, instead of immediately accepting applications, the bank reached out to FFTC, which had already helped distribute Open for Business grants. The foundation began to assemble the advisory council, which worked out the details of Beyond Open over six months.

“Wells Fargo said, ‘You design the program and come back to us, and we’ll help make that happen,’” says Brian Collier, until recently the foundation’s executive vice president. “It was really as simple as that.”

Since 2013, Collier has overseen the foundation’s efforts to improve social and economic opportunity for low-income Charlotteans—a problem outlined in the infamous 2014 Chetty study that ranked Charlotte last among large American cities in social mobility. One of the main impediments to mobility is generational wealth, typically land or business ventures or both. Collier says Beyond Open targets that need. 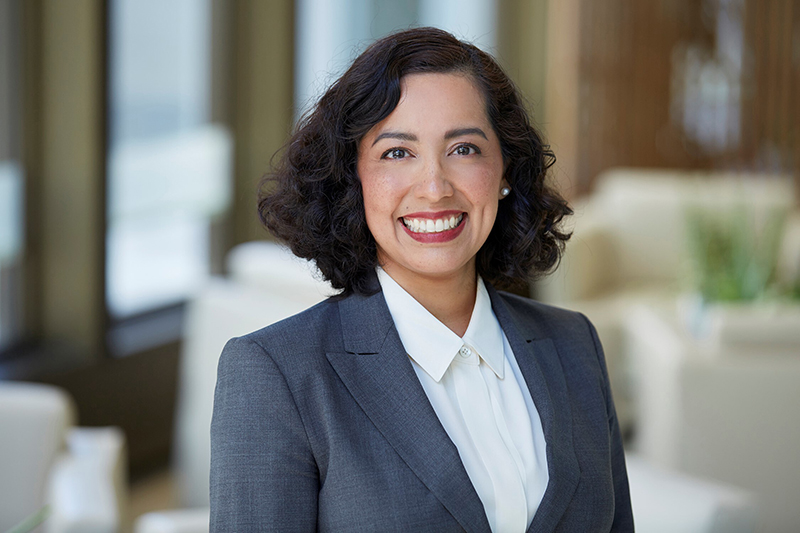 “To me, this is not just a small business program. This is a part of our overall strategy for economic opportunity,” he says. “One of the best drivers of mobility, obviously, is to have a job that pays you a living wage and maybe even that you own, that you can grow, create real wealth, and then pass it to your next generation.”

One of the local leaders who joined the advisory council is Rocío González, the longtime director of the Latin American Chamber of Commerce who since October 2021 has led the Women’s Business Center of Charlotte, which supports women who own businesses. González says she’s never encountered a business grant or loan program that relied so much on guidance from the kinds of people likely to apply.

“Having provided support to the business community for many, many years, this is gigantic because the economy is still so volatile. Even if small businesses aspire to expand and grow their businesses, they continue to be hesitant to get into a loan,” she says. “Because this is so focused on the opportunity zones, these types of minority-owned businesses have fallen through the cracks because of access to capital being only in the form of loans. So now that this is a grant, they’re coming out of the woodwork going, ‘Is this real?’”

By the time you read this, Angelia Raynor will know whether Beyond Open awarded her the grant. If not, she can reapply in the spring, or later—the foundation aims to award roughly 1,000 grants over three years.

“My goal was always to get more trucks, but I didn’t want to get in a position where every time I turned around, I was getting a loan, you know? And the interest rates were high,” she says. “So that’s why, when this grant came out, I was like, I need to seize the moment. You have to have that hunger and that drive, because if you don’t, then you’ll be at a standstill.”

The city has invested $38.5 million in underserved areas that need business investment and neighborhood revitalization:

The Three Kinds of Beyond Open Grants

➊ Build for Success
$5,000-$20,000: For startups and emerging small businesses that need basic items like office equipment and supplies.

➋ Grow for Prosperity
$20,000-$100,000: For companies that have established themselves and need things like large inventory purchases, vehicles, and office space.

➌ Make Bold Moves
$100,000-$250,000: For business owners who want to build for the long term through “substantial capital assets” like a warehouse, vehicle fleet, or equipment and technology to spur a companywide shift to renewable energy.