Although pain is Kyle Jaunich’s constant companion, it’s not his master.

Jaunich has been in pain for five years, ever since routine surgery to remove a sliver of bone. After the surgery he woke up in pain, just as he has woken up every time since. 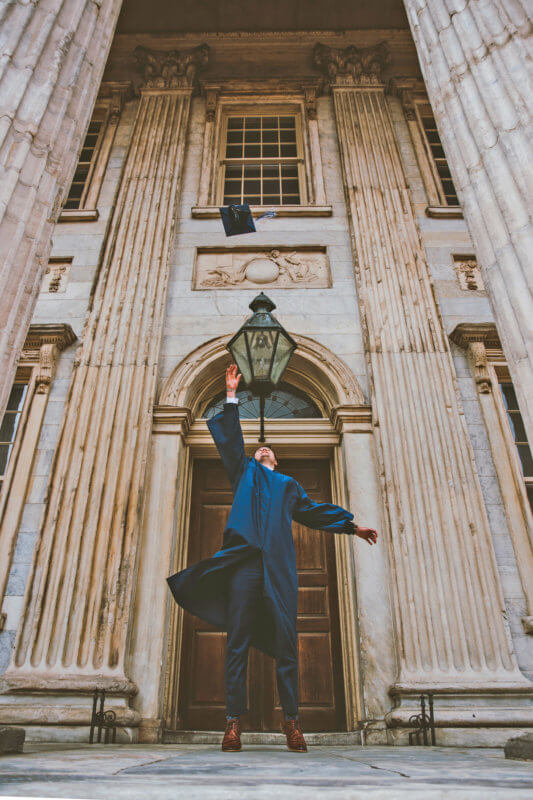 In October 2016, Jaunich was a plebe, just a couple of months into his freshman year as a midshipman at the Naval Academy, when he noticed pain in his right foot.

All three Jaunich siblings went to the Naval Academy. Christian was in his final year when twins Kyle and Laurel were in their first year.

Kyle Jaunich was scheduled for surgery in January 2017. He woke up from the operation in extreme pain that was diagnosed as a rare condition known as complex regional pain syndrome (CRPS).

The pain was so extreme he couldn’t walk. In fact, his doctors told him he would probably never walk again.

A few days later when he walked out of Walter Reed National Military Medical Center with a cane, several doctors cried. 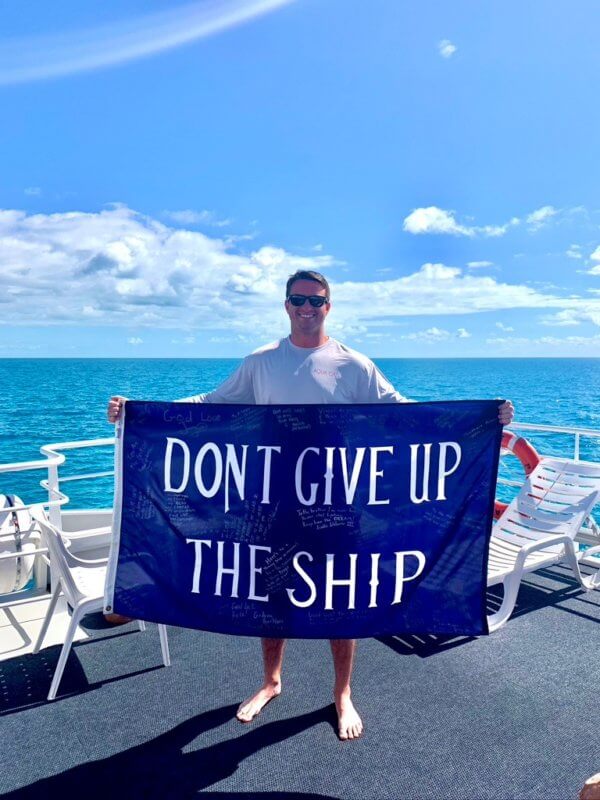 Courtesy photo. Kyle Jaunich on a dive trip to the Bahamas. The ‘don’t give up the ship’ banner was signed by all of his doctors and nurses every time he went into a hospital. While at the Naval Academy, he did a semester at sea, so there are also pictures of him and the banner at places like the Great Wall of China and on Table Mountain in South Africa.

“CRPS is caused in one of two ways — shock and trauma to the system or a known nerve injury,” Kyle Jaunich said. “I have the version caused by shock and trauma, so the simple act of the surgery induced the condition.”

There is no cure for CRPS, and because it is so rare, very little research on it.

The pain is constant. Day to day it is at least 6 on a 10-point scale, but it is triggered by stress. Every week or so, the pain flares up for a couple of hours to a few days, elevating to the point that his walking is compromised.

The stress of finals was an exceptionally challenging time for Jaunich.

“I spent a lot of time undergoing ketamine infusions in the middle of exam weeks,” he said. Ketamine is one of the strongest painkillers there is.

“I had to learn how to really manage my stress and build healthy coping strategies to be successful academically. I can’t study through the night like I used to be able to,” Jaunich said. “I really have to work on maintaining a balance. Sometimes it gets overwhelming and I can’t do anything, but it’s something I continually work at.”

Struggling to stay in the Academy
The Charlotte News ran a story about Jaunich in 2018 about two years after his intimate relationship with pain began. And two years of trying to continue at the Academy.

Most of his freshman year was spent in the hospital with Jaunich only able to attend class for 29 days. Nonetheless, he finished his first year and passed a difficult physical test required of all plebes.

The Academy wanted him to be pain free before he returned for his sophomore year, but officials relented and gave him until December to try some different options for dealing with the pain.

He was back in school in the spring, but one day he passed out on the floor of his dorm room from the intense pain. 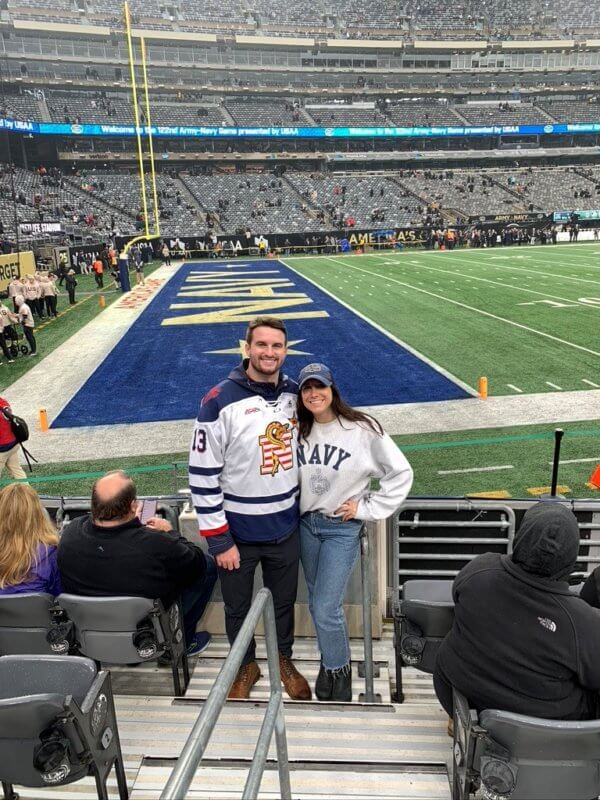 Kyle Jaunich at the Army-Navy football game this year.

Finally, in the spring of 2018, the Navy said enough was enough. Jaunich began the emotionally devastating process of being discharged from the service.

He entered Villanova on a Veterans Administration scholarship, part of a program providing assistance to disabled veterans. This past Friday, May 13, Kyle Jaunich graduated with his bachelor’s in chemistry.

Kyle Jaunich had gone to the Naval Academy with the goal of going into explosive disposal. At Villanova, he discovered a passion for synthetic chemistry.

In the fall, he’ll be at Vanderbilt working on his master’s in drug development and discovery. And he’s got a Fulbright Scholarship to help make that dream a reality.

“My interests lie primarily in kind of a synthetic realm, designing and creating new generation antibiotics for natural products,” Jaunich said. It’s the kind of research that might lead to the next penicillin.

“I’ve got great people and a great family around me that helps with support, but it’s just basically waking up every day and choosing to push through it,” he said.

Not in the parenting books
“You know, ‘attitude and effort’ really has become a mantra in our family,” said his mom Lynne Jaunich, a member of the school board. “I’ve really learned a lot from him.”

Lynne Jaunich said the parenting books don’t prepare you for something like CRPS.

It was tough having a child going through such a hard condition to deal with and so far away. Lynne Jaunich said the one ace she had was that Laurel was at Annapolis with Kyle for those first two years of dealing with CRPS.

“She was like a mother to him,” Lynne Jaunich said.

Laurel Jaunich said she shares a closeness with Kyle that is unique to twins, but with CRPS, it is hard not knowing what he’s experiencing.

“We were together for the first 20 years of our lives, but I can’t relate to what he’s going through,” she said.

Laurel was coming out of a practice when she was confronted by messages from lots of people saying she needed to get to the hospital to see about her brother. Midshipmen are not allowed to have cars; they’re not even allowed to leave the Academy, so getting to the hospital meant she had some hoops to jump through.

When she finally got to the hospital, she was hit with the feeling of helplessness of not knowing how she could help him.

“There are so many unknowns,” Laurel said. “Something that makes it tough is we may never know what caused it or if it could be avoided.”

Kyle Jaunich holds no hard feelings towards the Naval Academy.

“They did everything they could to try and retain me within the Naval Academy, and the naval service at large has been nothing but supportive through the whole process,” he said.

Kyle has stayed in touch with his old battalion officer and members of his company.

“There really isn’t anything I would do differently. Villanova is a great school. It was a great second chance after leaving Academy,” Kyle said.

And someday … who knows? Maybe he’ll be part of developing a drug that deals with complex regional pain syndrome.