Raynard Washington grasped the significance of public health during a malaria outbreak in Tanzania. It was 2006, the summer before his senior year at the University of Pittsburgh. A professor in his pre-med program taught a class on health and disease in East Africa, and every year, she would take a group of students there for a week. Washington, who had earned a scholarship to study abroad, stayed for the summer.

Washington spent most of it at Nyaka­hanga Hospital, a Lutheran medical center in the remote, impoverished Karagwe District, in the northwestern corner of the country. He worked mainly in the maternity ward. “I was really just a pair of hands,” he says, “just helping people.” The 21-year-old college student from Richmond spoke little Swahili, but he weighed babies and asked their mothers about their limited access to nutrition during pregnancy. Then, “just after the rainy season,” came the outbreak.

“All of a sudden, the hospital was flooded with people,” Washington says. “The sick kids were the most disheartening part of it. … They basically set up what we might call the field hospital, but it was just a big tent outside with these foam mattresses on the ground. It was very traumatic in a lot of ways, because I was taking a pill every day that was keeping me from getting malaria, and I also slept under a (mosquito) net while I was there, but families didn’t have access to those pills or to the nets.” He pauses. “Lots of families, lots of kids dying.”

That summer, 80% of children and 65% of women in the region contracted malaria-related ailments. Tanzania ranks among the global leaders in malaria deaths, with more than 25,000 Tanzanians every year—about 4% of the worldwide total, according to the World Health Organization.

Until Tanzania, Washington had planned to go into emergency medicine. But he wondered: Who’s responsible for preventing something like this? What’s the purpose of a national health ministry if it can’t save lives during a malaria outbreak? As he pursued his master’s and doctorate in epidemiology at Pitt, Washington realized he cared more about community health than treating individual patients once they got sick.

“A lot of focus is put on this idea of people going to the doctor to get care,” he says, “but how do we keep people from having to go there in the first place?” 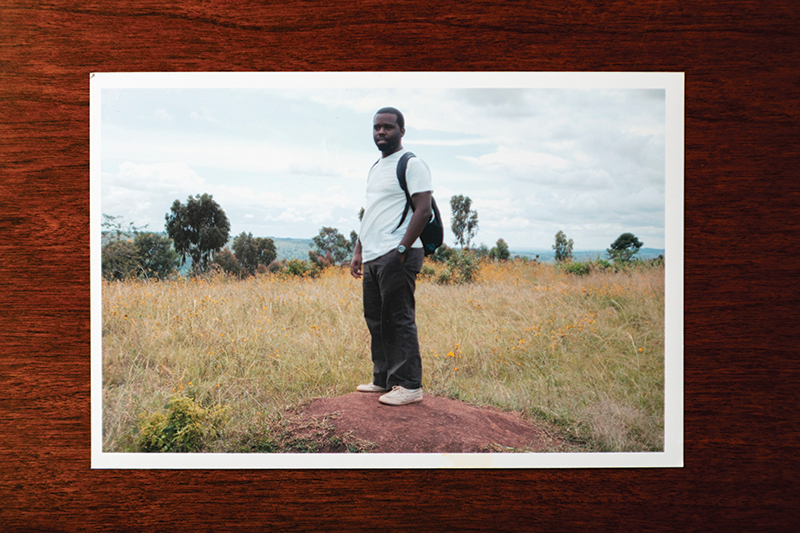 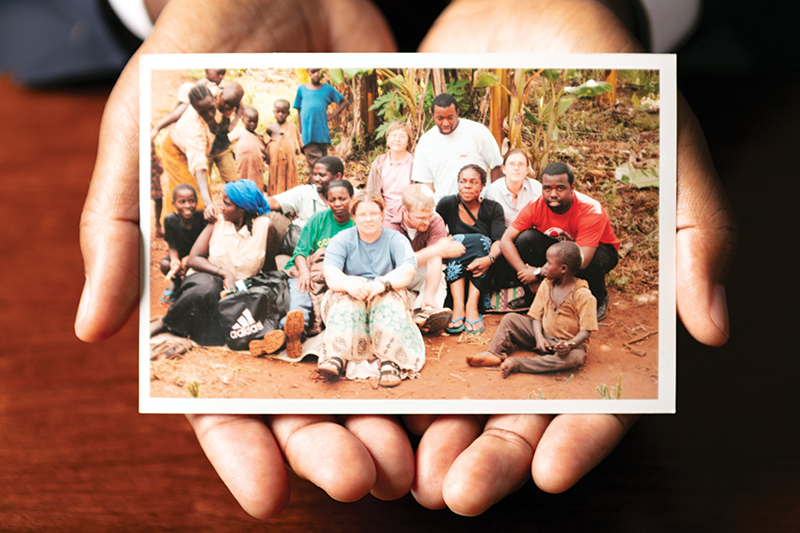 By the beginning of 2022, when Washington took over as Mecklenburg County’s public health director, he’d acquired at least some answers to that question: develop the capacity to react quickly to urgent public health threats; emphasize rapid, broad, clear communication; build strong partnerships with community groups and institutions; and, above all, work toward “health equity,” which ensures everyone has access to the health care they need regardless of race or income.

They’re difficult goals to meet. But guiding the county Health Department toward them—after a mini-scandal at the department five years ago and the chaos of COVID under a competent but temporary health director—is what Washington was hired to do. He had the benefit of more than two years in Charlotte already, having arrived here just after COVID shut everything down.

Washington, 37, spent three years as Philadelphia’s deputy health commissioner and chief epidemiologist, working on the same kinds of community health-related issues he’s tackling now in Charlotte. In 2019, he was a finalist for a job as director of the countywide authority that oversees public health in San Antonio.

He didn’t get it. But an assistant city manager in San Antonio had worked in a health care consultancy with Gibbie Harris, Mecklenburg County’s interim health director since 2017. (Harris, a former health director in Wake and Buncombe counties, replaced Marcus Plescia, who had resigned that June. The Charlotte Observer reported that the department had failed to notify 185 women about the risk of cervical cancer after abnormal Pap smears.) The county had created a new deputy health director position in the hope that whoever filled it would take Harris’ place when she retired. Washington applied and got the job.

His first day was March 16, 2020, six days after COVID forced Gov. Roy Cooper to declare a state of emergency throughout North Carolina. Washington checked into the Fairfield Inn & Suites in Second Ward and stayed there, in a virtually empty hotel and carless, for about a month. “In Philadelphia, I didn’t need to drive,” he says, “so I took public transit everywhere.” He’d spent his final days in Philadelphia preparing that city for COVID. Now he was in a brand-new city, doing the same: assessing initial data on cases and trying to determine which neighborhoods and populations most needed reliable information and protection.

“We were just working basically 12-to-15-hour days, seven days a week,” he says. “It was terrifying and exciting at the same time.” (Washington eventually acquired an apartment and car.)

Harris favored Washington for the deputy director job because, among other reasons, he championed the same kinds of equity measures the Health Department already planned to adopt. He also was willing to serve as Harris’ deputy until she left, and his experience in a large urban environment prepared him for the scale and complexity of a growing city like Charlotte.

The more they worked together, the more confident she felt. “I kept pulling back a little bit, he kept stepping in a little bit,” she says, “and it just worked really well.” The county announced Harris’ retirement and Washington’s succession in July 2021—which gave the department plenty of time to prepare for the formal transition at the end of the year.

Harris, who’d shepherded the county through the hardest part of the pandemic, saw no reason to stick around any longer. When I reach her by phone in April, I ask how retirement is treating her. She responds that she’s with her family on Emerald Isle Beach. “I’m watching quietly from the sideline,” she says. “I’m very pleased with the direction the department is going.”

It’s going in a direction that, in many ways, the pandemic made necessary. Like many health departments throughout the country, Mecklenburg’s ventured into areas that lacked convenient access to hospitals and doctor’s offices to distribute tests and vaccine doses. That required the development of a kind of human infrastructure: formal partnerships with community organizations and leaders—“gatekeepers,” Washington says—who could inform their neighbors and direct them to resources.

The overall effort matched the ongoing Bringing Mecklenburg County to You initiative, which aims to place more county offices and services in underserved areas. “We were in houses of worship and grocery stores and convenience stores, on corners and in empty lots,” Washington says with a chuckle. “We were using data to help us understand where there were lower vaccination rates and making sure that we were able to fill the gaps as necessary.”

Washington aims to expand that program to encompass health care services beyond COVID response. He also wants to maintain connections with community groups like Action NC, whose members acted as ground troops for the Doses to Doors program, which sends nurses to vaccinate residents at home. The department is working with the Charlotte Mecklenburg Library to serve as centers for COVID information and rapid test kits. “We have not historically had a huge presence in the libraries, which are central spots in many of our neighborhoods and communities,” Washington says.

One of the principles of public health, made especially clear during the pandemic, is that information can be as important as tests and vaccines. Social and other media often transmit confusing, contradictory, and outright wrong messages about the virus, the risk, the effectiveness of vaccines and masks—and health departments can do only so much to combat it. What they can do is hire professionals to manage those messages, and as of this writing, Mecklenburg County is recruiting a full-time department communications specialist, its first.

It’s not just a matter of filling a position, Washington says. It’s understanding the role of accurate information and the need for health officials to disseminate it quickly and thoroughly. “I think we’ve seen, time and time again, examples of how communications have either been fumbled—and I’m not talking specifically about our experience locally—but across the entire country and world in terms of how to protect yourself, what’s going on, what the latest is,” he says. “We don’t spend a ton of time in public health programs focused on effectively communicating to the public during emergencies, or in any case.” In an age of instant misinformation, he says, that has to change.

So the department’s succinct message on what, as of late April, seemed a somewhat reduced risk of COVID: Stay up to date on vaccines; stock up on masks; obtain rapid test kits; stay alert for health advisories. Common-sense measures. Washington thinks sometimes about the people who need to hear that kind of advice, and he remembers his paternal grandmother, Maggie Washington, and how, as a young man, he’d sometimes administer her insulin injections.

“I was inspired by the reality that there’s a way to help on these issues, to fix them,” he says. “And now, of course, having a clear understanding of how we prevent them is really at the heart of what we have to do.”