Fresh Take: The Rise of Milkbread

Fresh Take: The Rise of Milkbread


Americans have a complicated relationship with bread. For the last few decades, low-carb diets and celiac disease have combined to demonize this staple. Nutritionists urged us to swap white flour and refined sugars for whole grains, and starchy baked goods were relegated to cheat days.

But the artisan loaf has made a comeback on baking competition shows, and Google searches for bread recipes hit an all-time high in March 2020, as COVID forced us to make full use of our ovens. Sourdough, challah, and brioche sell out at local bakeries and pop-ups, and lesser-known varieties are turning up on menus across Charlotte, including one that’s having a moment: Japanese milk bread. 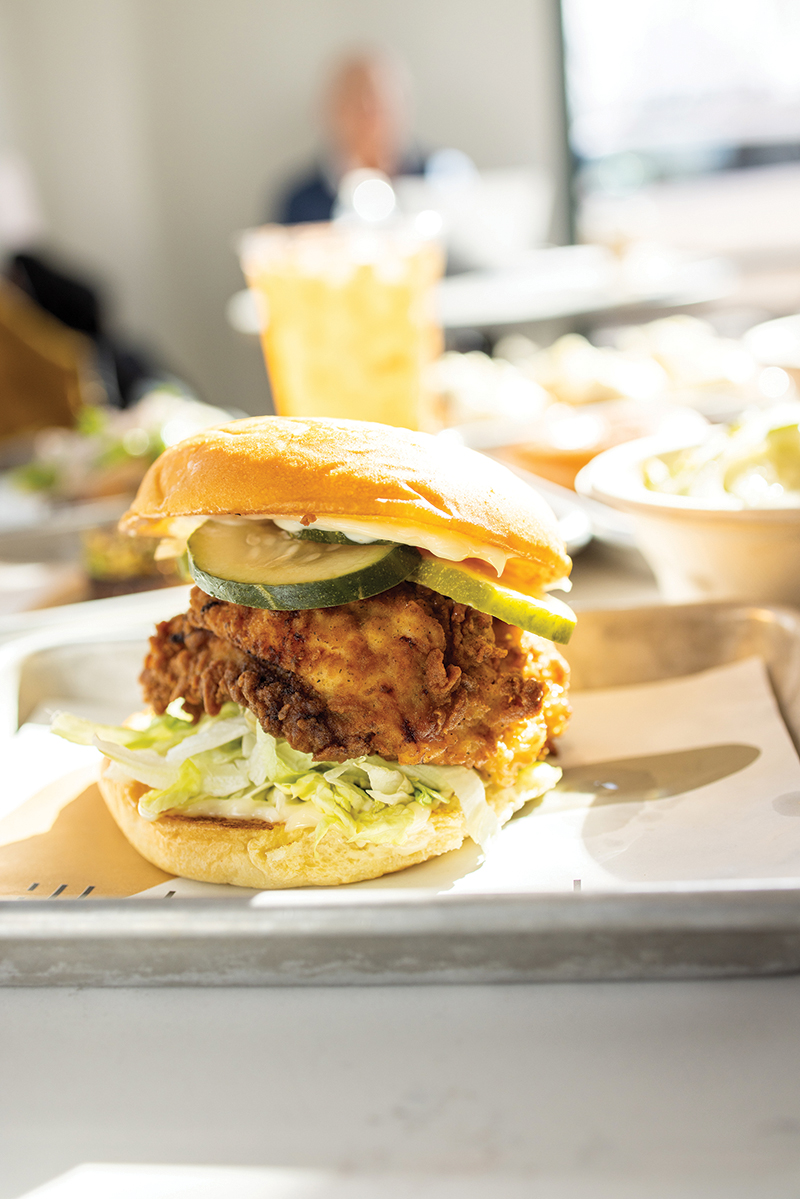 The Original Sandwich (above); Grandfather’s Pickles (below); and a Whole-Ish Salad (bottom). 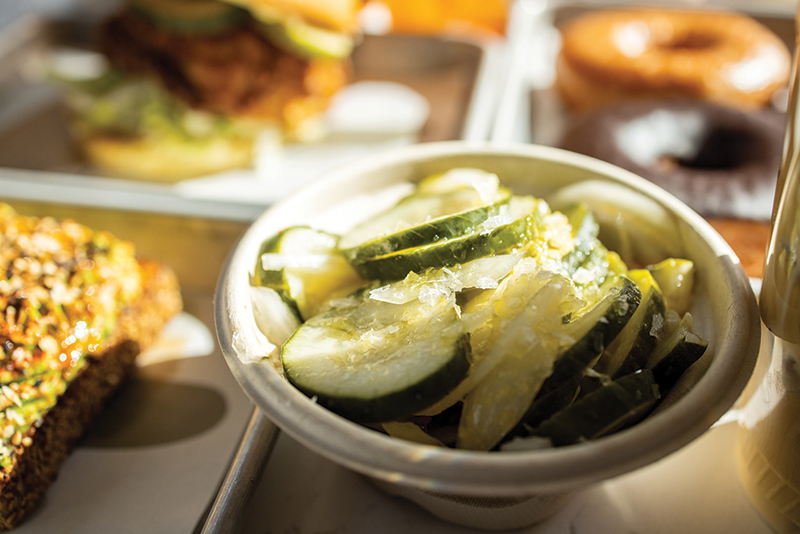 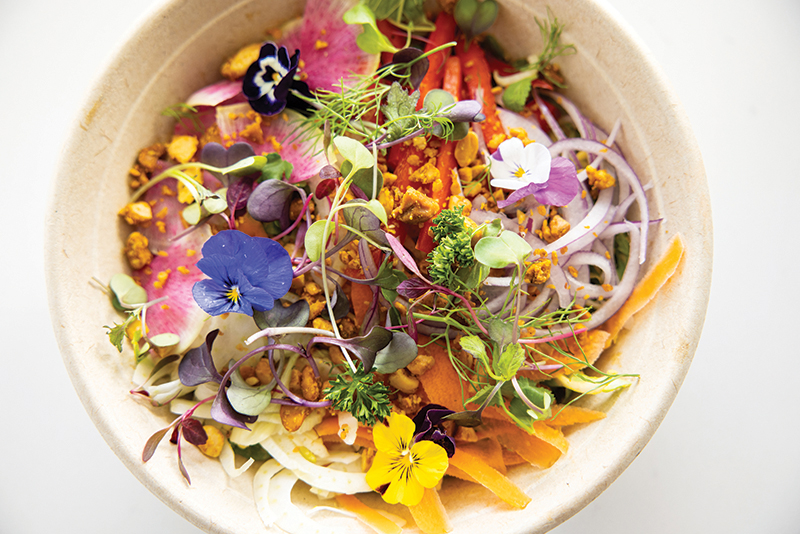 This pillowy white bread, developed in Japan in the 20th century, is a common offering at bakeries in Asia. Bakers heat tangzhong, a mix of flour and water or milk, then add it to the dough to create a soft, springy texture. IRO at the Hyatt Centric SouthPark serves Milk Bread French Toast. Food truck Katsu Kart slings sandwiches on thick slices of Japanese milk bread. Chef Alex Verica created a Milk Bread PB&J for PARA’s small plate lineup. Tous les Jours, a new French- and Asian-inspired bakery in SouthPark, has a menu of baked goods that includes Milk Pillow Bread.

But Joe and Katy Kindred were the first to bring milk bread to the masses in and around Charlotte. The couple built their new all-day café around the milk bread rolls that earned a cult following at Kindred, their famed Davidson restaurant. Think of it as the lighter, butterier version of your classic supermarket white bread. It has a mild, slightly sweet flavor that pairs well with just about anything, and you can use it to make sandwich bread, buns, or, if you’re the Kindreds, cinnamon rolls and doughnuts.

After their opening weekend in January, Katy Kindred announced on Instagram that Milkbread would close for two days to restock their doughnut supply; not even a snowstorm could keep long lines of customers away from their new spot on Jetton Street in Davidson. In addition to their beloved doughnuts, Milkbread serves chicken sandwiches, salad and grain bowls, and a curated selection of wine and beer in the evenings.

The counter-serve eatery is usually packed during the breakfast and lunch rush, but the lines move fast. Just beyond the glazed doughnut display, three cashiers take orders and give you a number for your table. Grab your napkins, utensils, and drinks at the beverage station, and a server will deliver your food in less than 10 minutes. If you order coffee, they’ll bring that to your table too, so you don’t have to wait for it at the coffee bar. 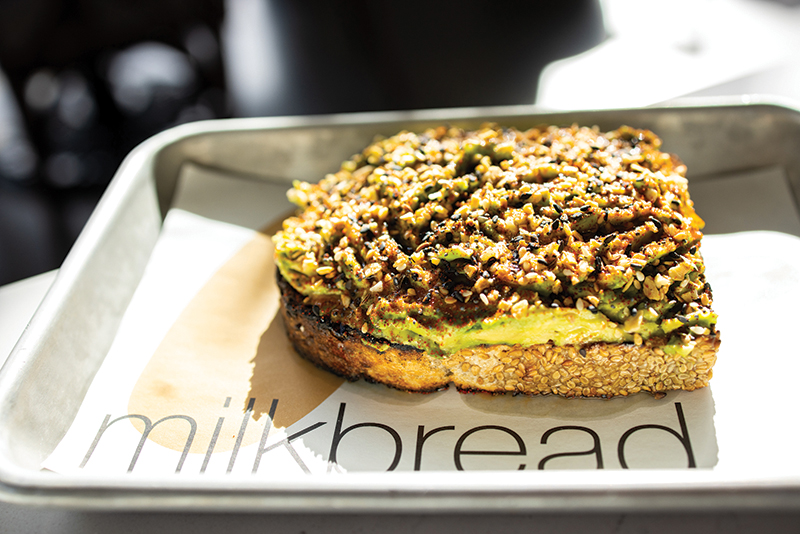 Avocado Toast topped with everything seeds and Kashmiri chili.

For a caffeine bump, start with a Latte ($4.50), Cappuccino ($4), or Milkbread’s drip coffee ($3), which is a private-label house roast by Summit Coffee Co. The “toasts & biscuits” menu includes Smoked Ham Toast ($13) and Avocado Toast ($9), both made with whole-grain sourdough from Verdant Bread. The Crispy Chicken Biscuit ($7) comes with a hunk of boneless fried chicken so big, it hangs off the warm, flaky biscuit.

If the mammoth fried chicken sandwiches caught your attention, see the “crispy chicken” selections, all served on warm, toasty potato bread. The Hot Dip ($11) is a messy, two-handed undertaking, loaded with Eastern Carolina hot-dipped chicken, citrusy coleslaw, and Duke’s mayonnaise. Order it with a side of Grandfather’s Pickles ($4), Joe Kindred’s vinegary North Carolina–style recipe, for some added crunch—and grab a few extra napkins.

The star of the menu—and the reason you came—is the milk bread doughnut, an edible cloud of joy. Get an Original Glaze ($2), a Milk Chocolate ($2.50), or just spring for a Mixed Dozen ($25) and bring some home (if they make it that far). The Mini Cinnies ($15), a tray of six cinnamon rolls with thick dollops of cream cheese icing, are another confectionary masterpiece. These sticky, buttery rolls have a punch of cinnamon and a brown butter glaze that puts Pillsbury to shame. 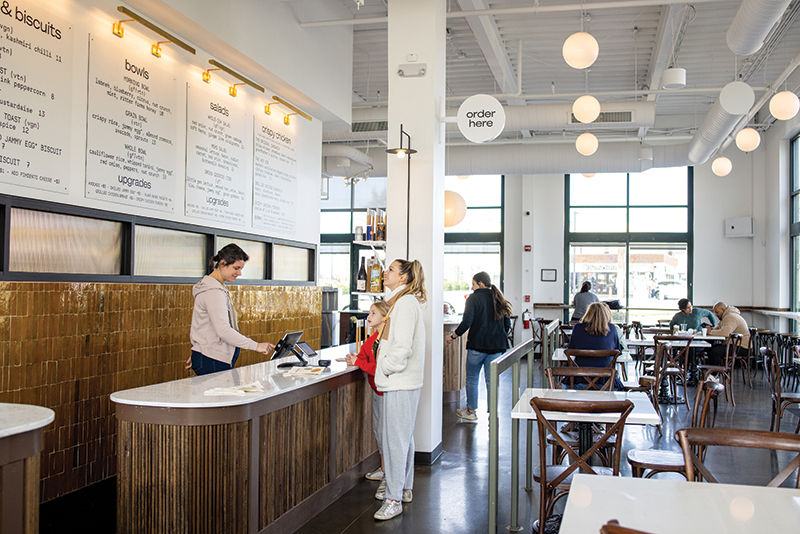 Next up for the Kindreds is a second Milkbread location in the old Dairy Queen in Plaza Midwood. Look for a similar menu with walk-up service—and about a dozen more reasons to indulge in some starchy, saccharine treats—when they open later this summer. At a time when a night out often includes $15 cocktails and an assortment of small plates that leave you hungry, Milkbread is a trendy yet unfussy alternative where you can grab a cup of coffee, stay for a glass of wine, and rekindle your relationship with bread.