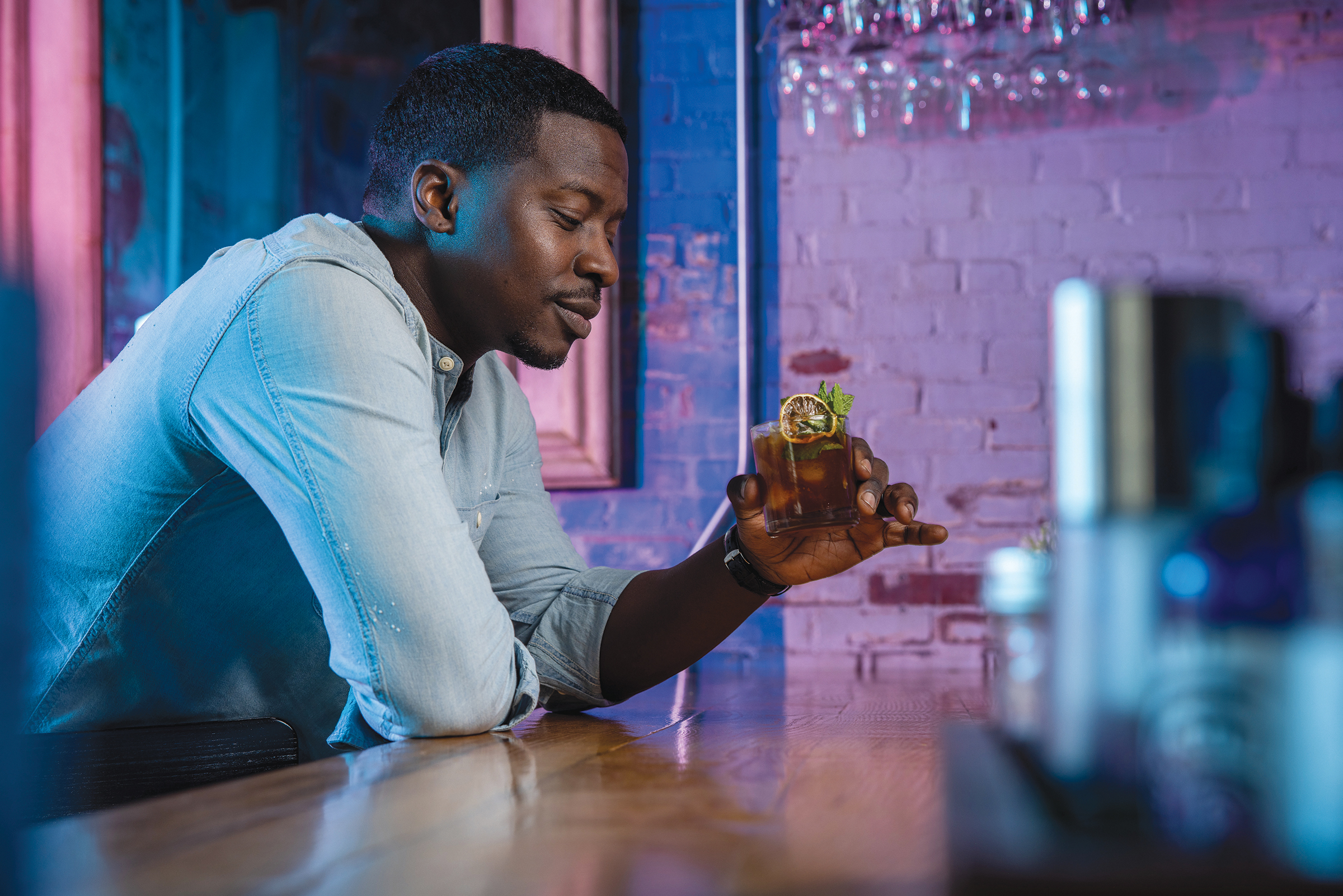 It started with an accident a year and a half ago, when Hazelton was experimenting with brown sugar. “I burned the sugar by mistake,” he says. “Then I looked at it, and we added water into it, and then I actually had this good-ass syrup.”

Hazelton, 35, grew up in Charlotte, and he’s managed Leah & Louise’s bar since the Camp North End restaurant opened in June 2020. He designed his nine-drink cocktail menu to reflect his conception of the Black experience in the South. The more he considered his sugar mistake, the more he realized he could use it for a cocktail with characteristics that fit that idea—improvisational, layered, powerful. The resulting drink is a deep caramel-brown, with bold flavors of sugar, mint, and whiskey that complement each other but retain their individuality within
the blend. 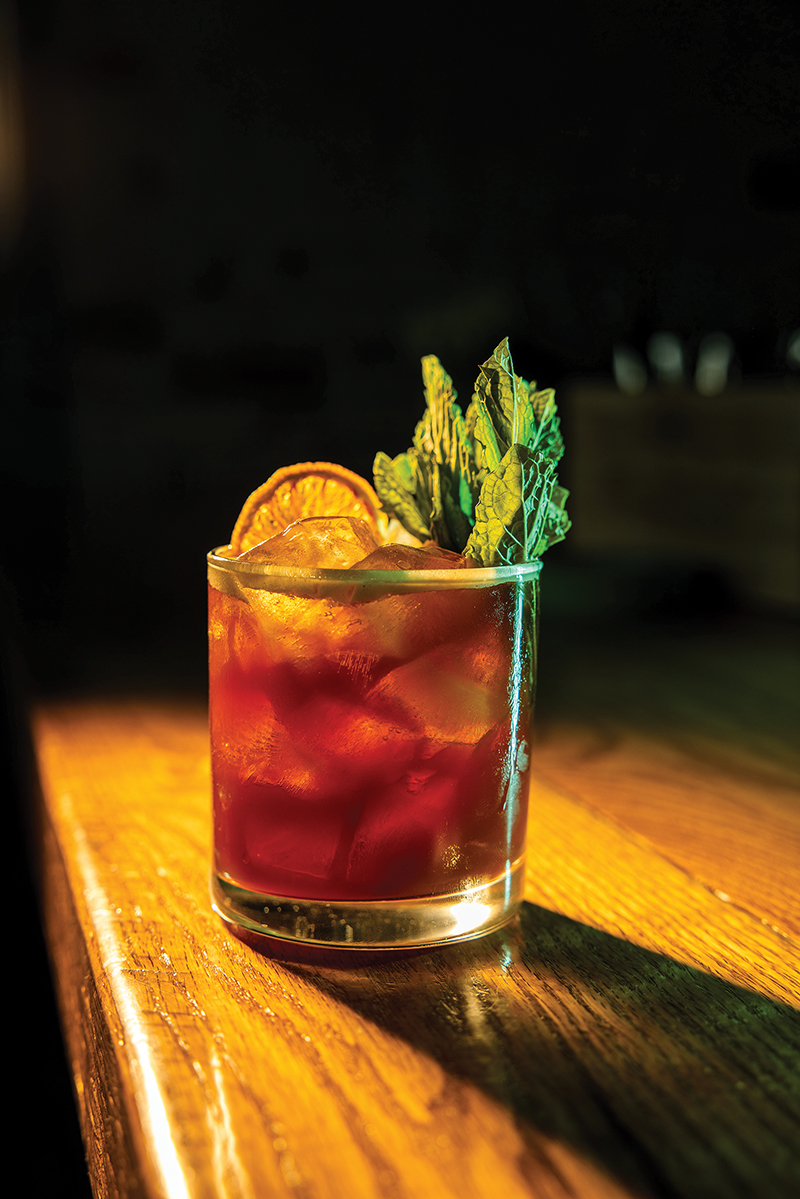 The name comes from the Common track, “U, Black Maybe,” and the axiom, “A white man’s yes is a Black maybe”—in other words, the promise America grants to its white citizens isn’t as secure for Black ones. “We intentionally are making a drink called Black Maybe to talk about the story in between the white experience and Black experience in America,” Hazelton says. “That’s the part of me that’s in it, because it’s disruptive, it’s philosophical, it’s political in a lot of ways, and it’s good as (hell).” 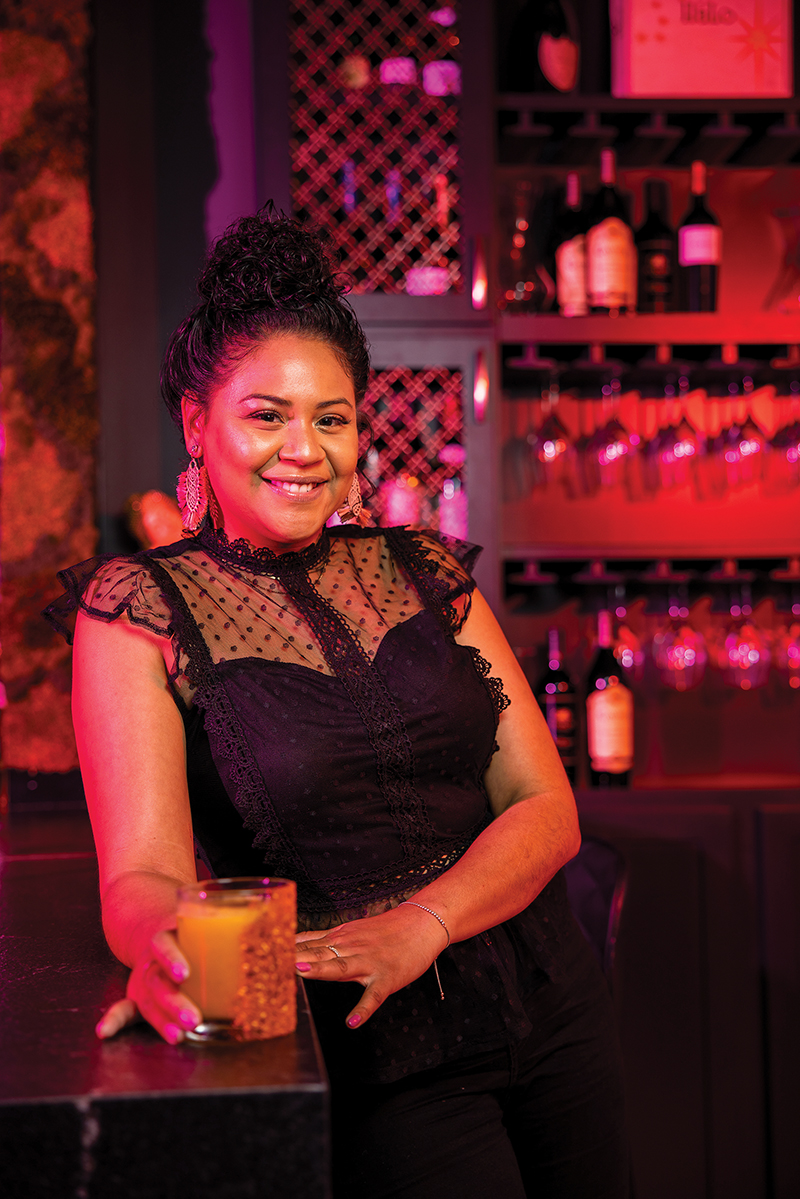 “I’m a spicy gal,” says Mejia, PARA’s bar manager. “I’m Puerto Rican.” She’s coating the outside of a glass with a half-orange. The juice serves as a glue of sorts for togarashi, a Japanese spice blend that includes red chili pepper, black and white sesame seeds, and ginger. She applies the togarashi to one side of the glass.

Then she gets to work on the actual drink, which pits the sweetness of orange and tartness of lime against smoky mezcal and five drops of powerfully savory cilantro oil, which she arranges in an evenly spaced pattern on top. It looks like orange juice but tastes and smells (in a good way) like something that could power an engine—and PARA management had to convince Mejia not to add soy sauce. 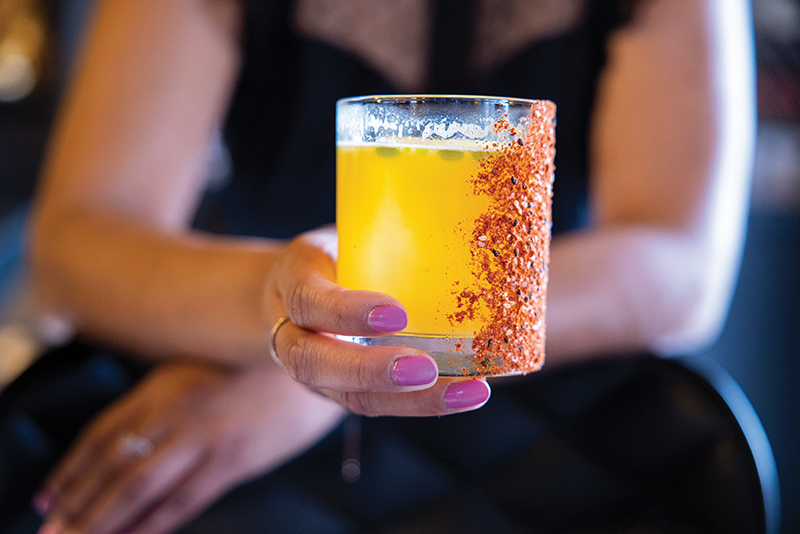 “Yoshi,” 35, is also part Nicaraguan, and she takes pride in her rarity in the world of mixology—an Afro-Latina woman who harbors a lifelong fascination, reflected in her nickname and taste, with Asian food and culture. She loves to introduce PARA patrons to flavors they haven’t encountered, as in the innocent-looking golden beverage she’s set on the bar. “The fact that it’s one of our popular drinks and people love it,” she says, “it’s like I did a good job to introduce a spirit that most people would otherwise overlook.” 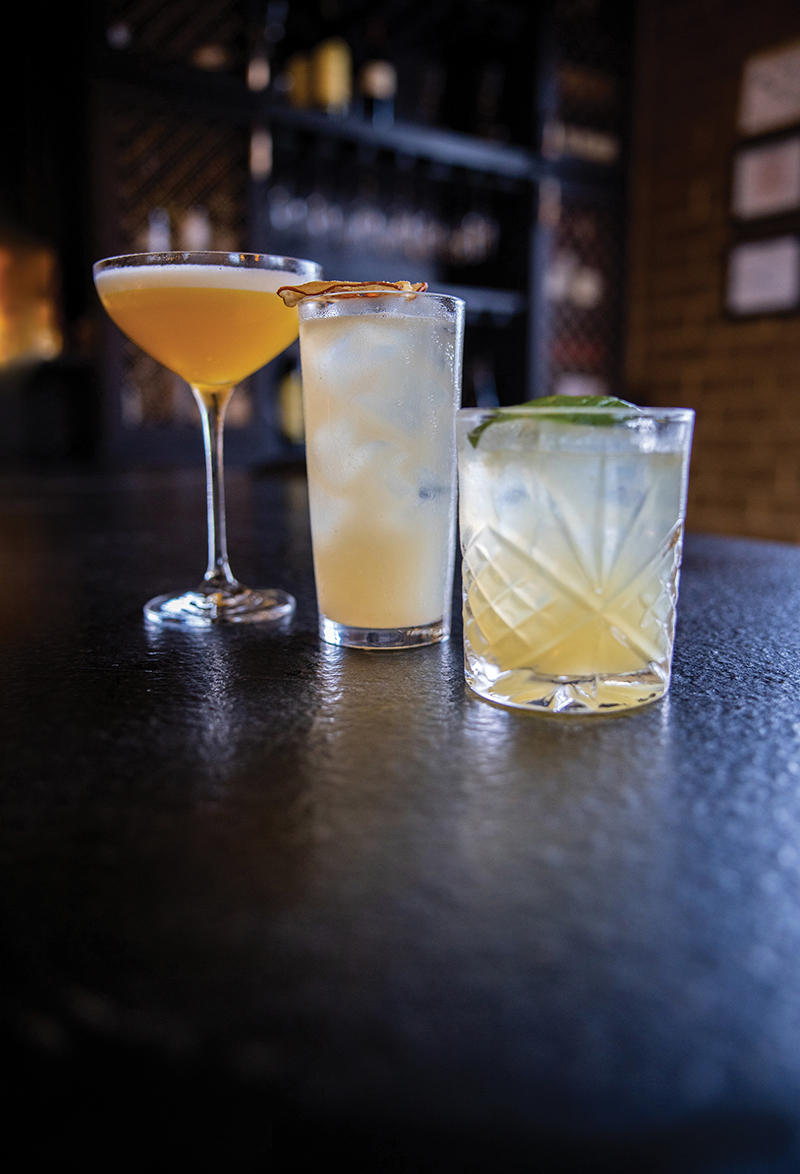 We asked our mixologists about increasingly popular zero-proof drinks. PARA’s menu has three regulars, including the “refreshing & velvety” In the Grove, which includes Seedlip Grove 42 liquor substitute, orange, and lemongrass. Larry Suggs can make any of The Royal Tot’s cocktails with Ritual rum and gin substitutes, and Winter Voss is developing a mocktail menu at Dogwood. Hazelton will make one but won’t show much enthusiasm; if you don’t want to drink alcohol, he says, what are you doing in a cocktail bar? 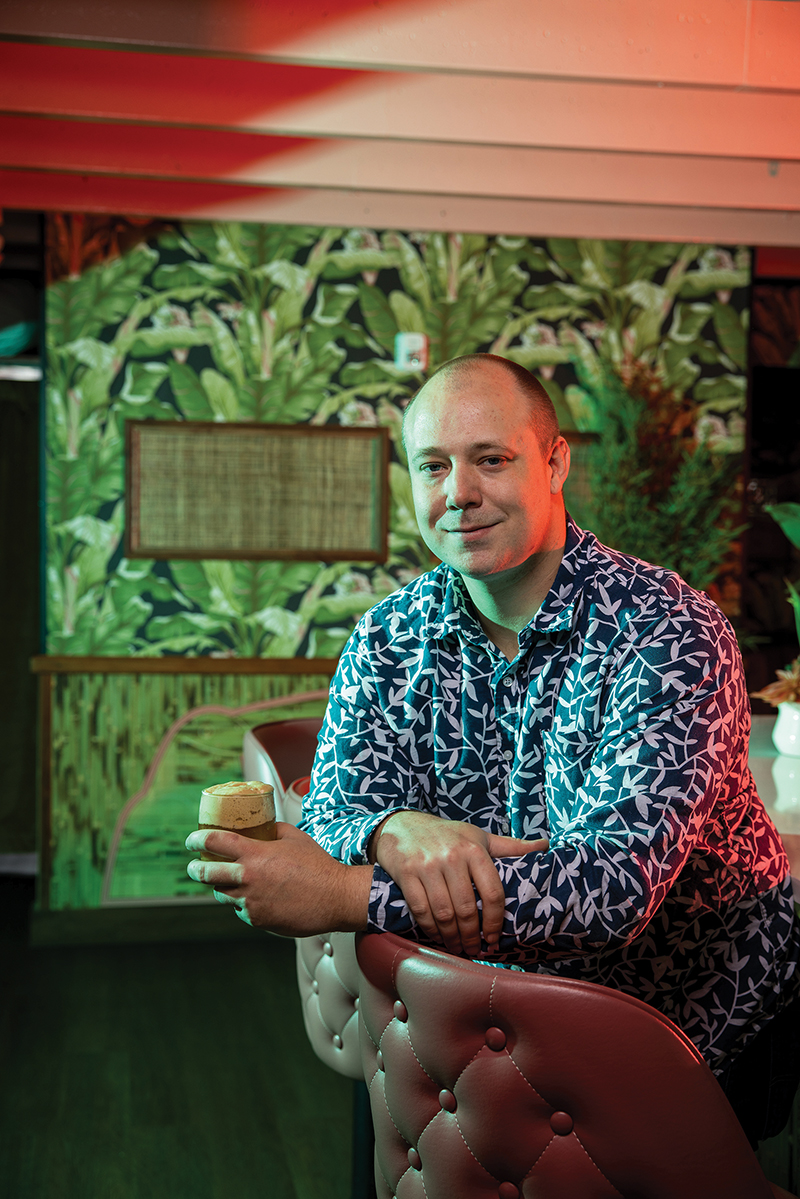 Ahoy! “It’s very spirit-forward, but then we kick it up a notch with coffee-coconut foam and sea salt,” says Suggs, the 33-year-old beverage director. “My thought was to try to encapsulate the idea of something a Navy captain would be drinking while traveling through the fog—it’s got a little bit of coffee to keep him awake, you know?” 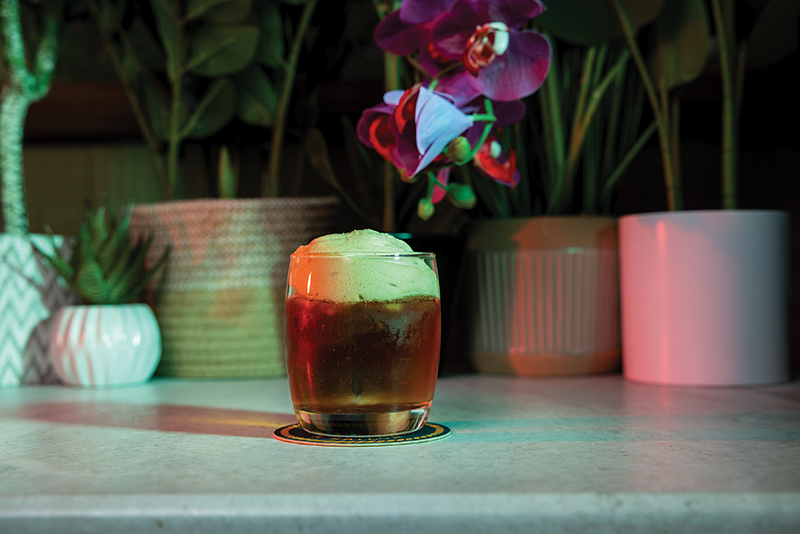 He’s young, but Suggs is a veteran of the Charlotte beverage world. His experience includes a year’s apprenticeship under Bob Peters at The Punch Room, the uptown Ritz-Carlton’s bar; he later worked as a bar consultant. He’s a Charlotte native, too, and knows when to push the edge of the city’s evolving palate and when to dial it back. “I kind of have to walk that line of adventurous and approachable,” he says. “I can get a little spicy, but I’m also a very happy guy.”

The Royal Tot, which opened in January, serves most of its rum drinks in deliberately garish porcelain vessels, including one with a giant, Jules Verne-caliber blue octopus that clings to the side. The Foghorn comes in a clear, modest glass. The packaging deceives. “I think there’s beauty in simplicity with this cocktail,” Suggs says, “’cause it packs a big punch.” 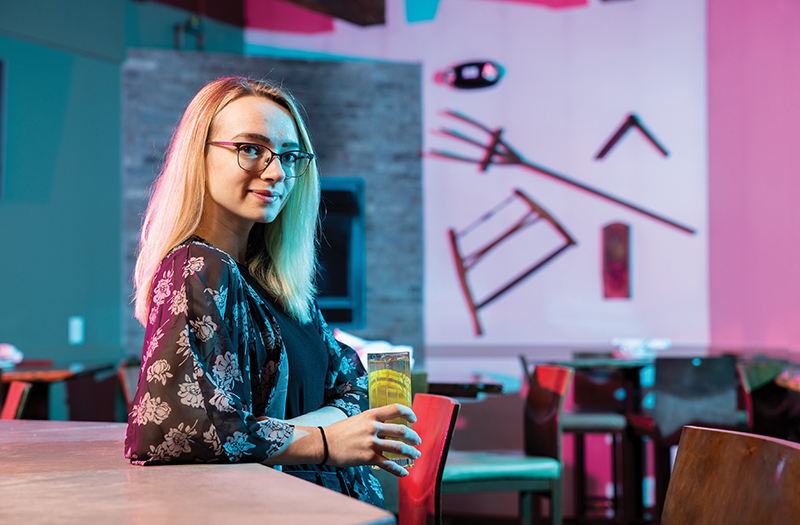 Voss, 24, a former server and bartender who returned to Dogwood as bar manager in January, comes from a family of bar and restaurant employees—her father, Kent, works as a server at Fin & Fino. But after the family moved from the Chicago area to Charlotte 12 years ago, she didn’t expect that’d be her career, too.

As an undergraduate at Appalachian State, she studied psychology, biology, philosophy, and other potential majors, and stuck with none. “I feel like someone who enjoys creativity and artistic energy,” she says with a grin. “I can’t draw or paint or sing—but I can make a pretty cocktail.” 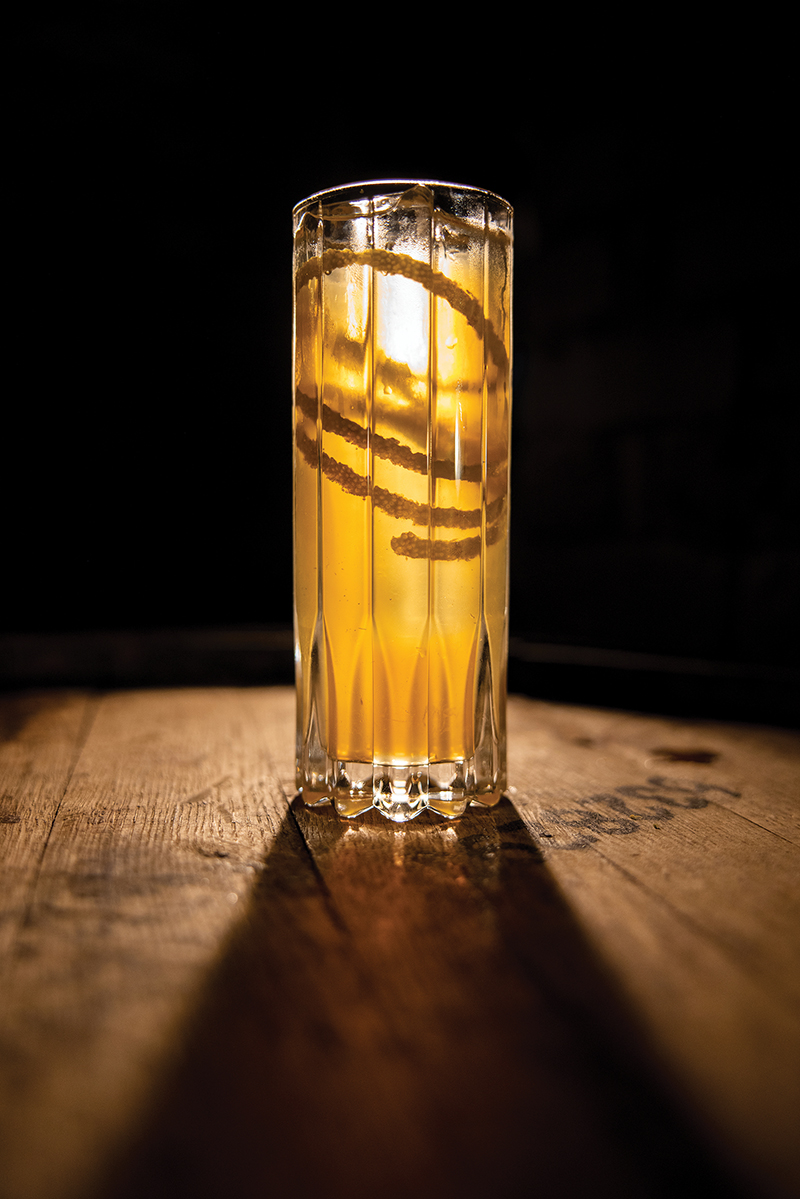 “Custody Battle” is a wry reference to the drink’s unorthodox blend of gin and scotch, which Voss derived from the pages of the culinary guide The Flavor Bible. She combined ingredients until she created a refreshing, citrus-rich elixir that underlines the lemon and honey, like an iced toddy in a Collins glass; it almost makes you want a summer cold as an excuse to drink it. The unexpected combination reminds Voss of her accidental career launch: Dogwood’s former bar manager, Brian Lorusso, wanted to cross-train a server and happened to pick her. “I try to do the unlikely,” she says. “A lot of the fun of bartending is to accommodate and create on the spot.”