Almost 36 years to the day after Douglas Hicks started as a freshman at Davidson College, he’s back on campus for a new first day of school. The late August sky is thick with clouds, which do nothing to cut the smothering heat. Instead, they confer a quiet, freighted moodiness, as if something is about to happen.

Hicks took office as the 19th president of Davidson College on Aug. 1, returning to the Charlotte area for the first time since he graduated with a bachelor’s degree in economics in 1990. “It feels like coming home in important ways,” he tells me a few hours before the convocation ceremony for the Class of 2026. With gray hair and glasses that emphasize an often-furrowed brow, Hicks seems at home at the polished table in his new office—a testament to his 25 years of experience in higher education.

“The commitments and values of Davidson are ones that I try my best to live out,” he says. “The sense of community, the sense of trying to cultivate humane instincts in order to become both leader and servant in society—those are fundamental values.”

Hicks went on to earn a master of divinity at Duke and a Ph.D. in religion from Harvard before finding a career in higher education, where he has studied—and lived—the connection between faith and leadership. He comes to Davidson from Emory University’s Oxford College, where he became dean in 2016. An ordained minister, his faith and decades of scholarship inform his commitment to social justice and ethical leadership—commitments he has maintained and refined since 1990, when he wrote his senior honors thesis on poverty in Charlotte.

Hicks succeeds Carol Quillen, who took office in 2011 as Davidson’s first woman president and its first non-alum president since 1957. In some ways, he represents a return to tradition. He often references Davidson’s founding values, even as he advocates for progressive, inclusive reform. He hasn’t stormed in with an agenda, either. “My priorities are working goals. They are in pencil, because I want to learn and listen to and build relationships with the faculty and staff,” he says.

Most of the students Hicks will address at the afternoon convocation ceremony were born in the early 2000s, into a different world than Hicks was born into in 1967, outside Indianapolis. “Diversity, equity, inclusion, and belonging,” Hicks says, “are absolutely central to how our students think about their lives.” Those aren’t just benchmarks or buzzwords. The student body is much more diverse than in 1990; the Class of 2026 includes members from 43 states and 29 countries. Some of his—and his staff and faculty’s—most important tasks are “to learn how to work in diverse groups, to understand how society functions—how everyone can have an equal chance and equal capability to flourish.”

The social and economic inequalities that Hicks grappled with as an undergraduate remain powerful forces on students today, as do environmental and ecological issues. He recognizes in them the same drive that led him to pursue social justice, to make a better world. “I learned at Davidson to distinguish optimism and hope,” he says. “I would say my optimism comes and goes with different social and political realities, and my sense of hope is as strong as ever. Optimism is about thinking things are better than they actually are. Hope is about seeing a better future and then working for it.”

The work of a college president is vast, but Hicks sums it up as bridge-building. He strengthens the connections between faculty and students—the bedrock of Davidson’s educational model—as well as among staff, neighbors, alumni, parents, and the Charlotte community 20 miles south. 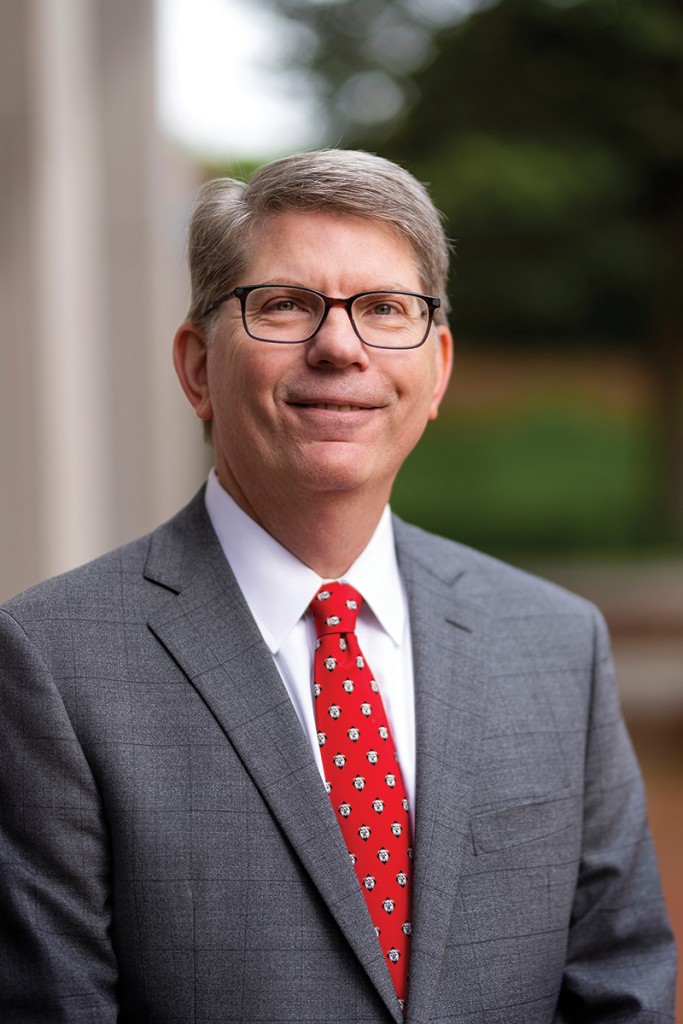 When Hicks was a student, the sign for Exit 30 off of Interstate 77 read, “Davidson College.” He says, “Now, it says Griffith Street until you get 1 mile away, and then it mentions Davidson College. For me, that’s a very tangible sign—a literal sign—that communicates that Charlotte has come to Davidson, and Davidson connects fully with Charlotte.”

Many alumni become successful professionals and local leaders, but Davidson doesn’t loom large in the Charlotte landscape. Hicks attributes that partly to the institution’s culture of humility. (An oft-cited fact: There are no statues of individuals on campus.) As Charlotte grows, Hicks sees bigger opportunities to collaborate. The city is a perfect training ground, via internships, for students, while the college’s intellectual capital and faculty expertise can help address regional challenges.

One of those local issues has been salient since Hicks studied here: inequality. As Hicks approached his final semesters at Davidson, one of his faculty mentors, economist Charles Ratliff Jr., invited him to his office. As Hicks recalls, “He said, ‘I’m working with some colleagues at UNCC in sociology on poverty in Charlotte, and I wonder if you’d like to make your undergraduate thesis about this work.’” The project involved extensive interviews with folks across Charlotte to understand the nature of poverty here.

The experience sparked a lifelong interest. (Today, he uses the term “inequality,” which speaks to the causes and relationships that lead to lack of opportunity, rather than “poverty,” which refers simply to lack of wealth.) He made economic inequality a focus of his graduate studies and subsequent scholarship. His books include Inequality and Christian Ethics and With God on All Sides: Leadership in a Devout and Diverse America.

He’s thought extensively about how to foster inclusion, and he boils decades of research down to this: interpersonal interaction. “The heartbeat of Davidson College is the interaction that students get with each other and with world-class faculty and staff,” he says. It’s imperative that those interactions create a sense of empathy, safety, security, and trust—all essential to a successful learning experience. “So how do you talk about belonging?” Hicks muses. “You say, ‘Welcome,’ in person. You hear their stories.”

Soon after our interview, Hicks strides across campus to a luncheon for first-generation students. In front of a diverse smattering of families and faculty, Hicks recalls moving into Belk dorm in 1986. His own parents were first-generation college students. He credits them with helping him find his way to Davidson, and he honors the parents and guardians in the room for helping their children do the same. He acknowledges that “this can be an overwhelming moment of mixed emotions for family members and for your students.” The new and complex college environment can be even more so for first-gen students, who often need extra help to find opportunities like financial aid, internships, and study abroad. But this afternoon, Hicks’ message to these students is simple: “You belong here.”

Later that afternoon, the Class of 2026, new transfer students, and their families make their way into John M. Belk Arena for the convocation ceremony. Two rows of screaming cheerleaders in Wildcats red line the path, their big smiles and high-fives a fitting welcome to a college built on intimate community. The students find spots among the rows of folding chairs, leaning over to joke with new friends and compare classes and dorms. They receive cards with the lyrics to the alma mater and pins to keep until their graduation, an event that today feels far away. The students gingerly affix them to their T-shirts and basketball shorts.

From the lectern, Hicks elaborates on the themes from the luncheon. “People have made sacrifices. People have invested in you,” he says. “They have given you opportunities, and you have taken them. You have earned your own way here, and you wouldn’t have done it without others who cared enough to make those things possible.” He likens himself to his audience. He’s starting at Davidson, too, on the cusp of a new chapter in his life and in the history of the college. He says, perhaps in part to himself, “You have in front of you an incredible opportunity.”