Stony Loam Farm is more than just an agricultural endeavor. Owner Dave Quickel’s mission statement includes building community and providing education about local, sustainable agriculture. Since 2002, Quickel has been doing all of that on his organic farm. 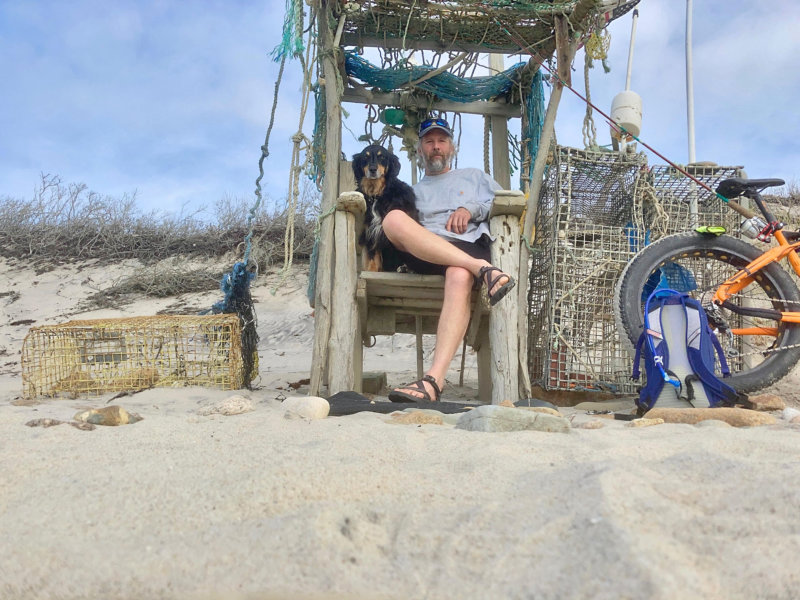 Quickel’s original business plan had been to run Stony Loam Farm purely as a CSA (or community-supported agriculture), but he was soon producing more food than his members could handle. The CSA now constitutes a quarter of his business while three quarters of his produce is sold to Shelburne Market, Healthy Living, City Market, City Market South, Archie’s and Stone Soup.

This year, the farm’s biggest crops were head lettuce, salad mix and tomatoes which comprised roughly half of the wholesale business.

“I tell people who join my staff mid-summer that they’ll be picking cherry tomatoes all day, every day,” Quickel said. “We probably pick 700,000 individual cherry tomatoes.”

It’s been two decades, but Quickel still loves what he does.

“I still enjoy the flow of the farm and the chaos of it,” he said. “I’m at my best when it’s most chaotic.”

The chaos ends around Thanksgiving after the crops are done, and Quickel’s staff has headed off to school or other seasonal employment.

This year, he’s going to take advantage of his down time to build a barn. The two-story structure will have an upstairs apartment while the lower level will allow Quickel to work on his tractors and have extra storage space; something which might allow the farm to push the seasonal boundaries and add a winter CSA.

Staffing is often a problem, although Quickel recognizes that this is true for most small businesses. He hopes to continue hiring area youngsters.

“I like my hippie kids,” he said, adding that he feels a connection with the young people on his staff. He enjoys providing an education to those who work with him and hopes they’ll leave with an understanding of how a farm really functions. He noted that many members of his staff have gone on to work at other farms or even started their own agricultural endeavors.

This fall, when members of his crew left for college, Quickel was tempted to use the H-2A temporary agricultural workers process to hire workers with agricultural visas. The week he started looking at the paperwork, two former crew members stopped by to ask if he needed help, and he was happy to welcome them back.

When COVID hit and the Shelburne Farmers’ Market closed, Quickel suddenly had Saturday mornings to himself and discovered that he enjoyed the downtime. He misses the social interaction but is happy to have more time to focus on farm chores.

Besides, Quickel gets plenty of social interaction during the two pick-up nights for his CSA. He has known many of his customers for years and is always happy to greet new ones. He has enjoyed watching many of their children grow up.

Quickel isn’t convinced that CSAs are a particularly lucrative business model, but he doesn’t want to give up his connection to his customers.

“Dropping boxes on a loading dock is easier money,” he said, “but it’s not as much fun. The CSA is the heart and soul of the farm for me.”

Quickel said that the day he paid his property taxes he ran into four CSA members in the 15 minutes he spent at town hall. He loves it when people tell him about meals they’ve made with his produce or send him photos of the flowers they’ve cut on their dining room tables. Some even bring him presents like salsa that they’ve made with his tomatoes.

Community is one of the points in Stony Loam Farm’s mission statement and it’s one that Quickel doesn’t take lightly. Before he started the farm it was a hayfield with very little noise or dust.

“I feel like I’m the worst neighbor ever because I work all the time and make dust and have noisy machinery,” he said.