But the Redhawks started another streak this year, taking the state championship again at the end of October. 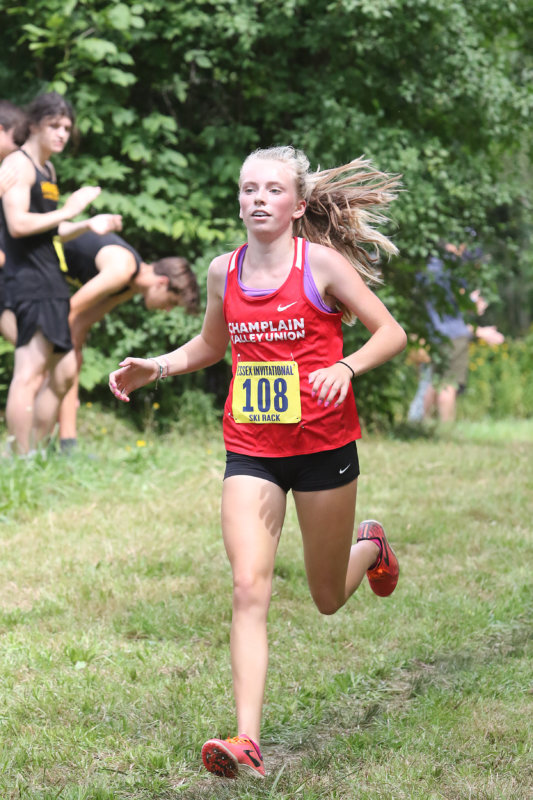 Senior Matthew Servin of Charlotte took first place in the individuals on the boys’ side.

The team results at the state meet were outstanding for CVU with sophomore Alice Kredell of Shelburne finishing first with a time of 19:49.0

After success at the state level, the CVU cross country teams continued to compete and excel out of state.

In November at the New England Championships in Rhode Island, the girls placed second, losing to Glastonbury High School of Connecticut. The Redhawks were competing against 30 teams.

The top six teams from each of the five New England states qualified for this meet, so the girls’ finish is impressive. As a team, they just missed first place by 19 points, a very narrow margin in cross country meets of this size.

Kredell finished 44th. For the year, she had three first place finishes, two seconds and a third in Vermont cross country competitions.

Scoring in cross country is like downhill ski racing — a team gets one point for a runner finishing first, two points for a second place and so on. So like golf and skiing, the lower the score, the better the finish. The winning team has the fewest points.

The boys team finished ninth at the New England Championships with Servin also placing ninth as an individual, which is impressive running against more than 250 runners, coach Nicole Gorman said.

In state meets during the season, Servin took four firsts in cross country.

Gorman is in her second year as coach. She took over from Scott Bliss, who had coached for at least 20 years and was at the helm during the girls’ run of 12 state titles. 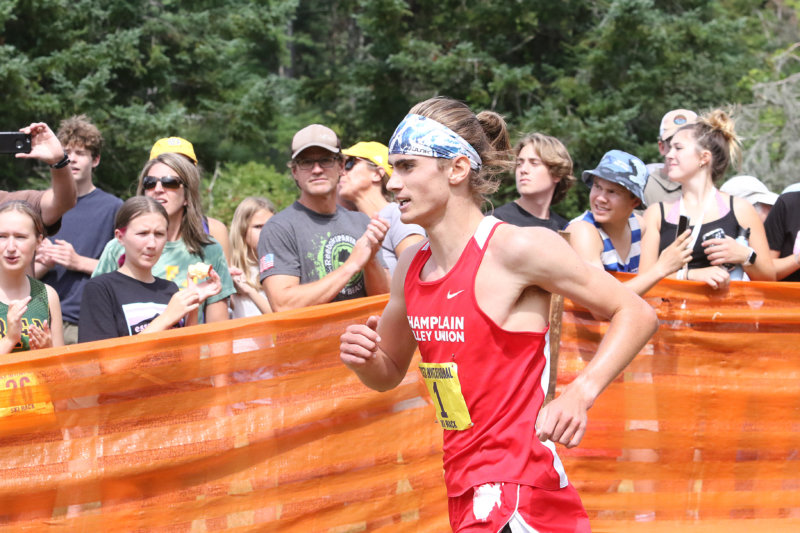 Photos by Paul Lamontagne, Vermont Sports Images.
Senior Matthew Servin of Charlotte had four first-place finishes at in-state cross country competitions this year and led the Redhawks to second in the state championship.

He was an amazing coach, an amazing mentor and “just a really, really impressive, supportive person.”

Although the girls fell short of the state championship last year, it’s not like they lost; they took second, missing first by five points. The boys had a tough, injury-filled year in 2021, Gorman said.

This past weekend the members of the team ran at the Nike Cross Northeast Regional in Wappingers Falls, N.Y., a corporate event and not a high school sanctioned meet. So, the runners were competing as the Champlain Valley Cross Country Club and not as the high school.

The girls from CVU came in fourth as a team and Kredell finished 20th as an individual.

Things are looking very optimistic for the future for the girls. Only one of the runners who regularly finishes in the top seven for CVU is a senior. Three of the Redhawks’ top runners are freshmen.

“We have a young team. We have a very talented team,” Gorman said. “We’re looking forward to next year.”

For the boys, Servin came in sixth with a time of 15:57.3. The top five individual runners were invited to the nationals in Oregon. The fifth runner, Patrick Gandini of New Hampshire, finished with a time of 15:56.7, so Servin missed an invitation to travel across the country to compete in cross country at the national level by .6 of a second.