The process of revamping Charlotte’s application process has hit another bump on the road to development planning and rural preservation harmony.

The conservation commission sent a letter to several town boards charging that the new development review board is making decisions that could permanently alter the process of making developments adhere to the town’s land use regulations.

The letter, penned by chair Kevin Burget with the approval of the rest of the commission, objected to at least two recent subdivision applications that have contained requests for driveways to properties that have less than 300 feet of road frontage, but which have a right-of-way easement to put in a driveway across a neighbor’s property.

The conservation commission’s letter says the development review board has made a mistake, incorrectly granting an exception to the regulations: “It is a misinterpretation that begs the question: In what possible circumstance could a property owner not evade the need for road frontage?” 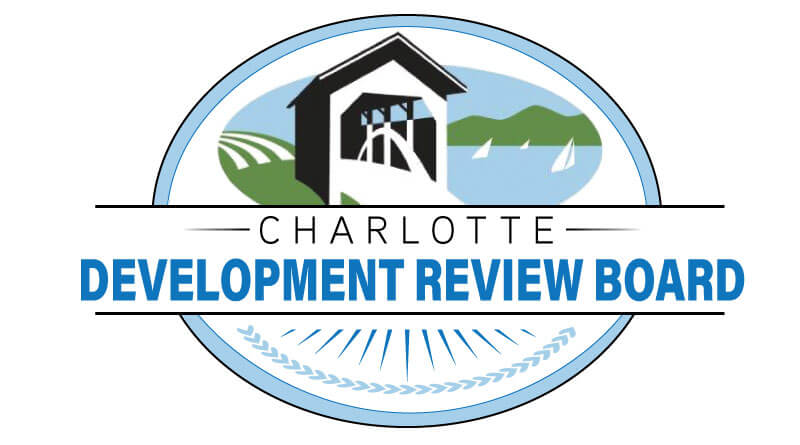 At its meeting on March 23, members of the development review board said these decisions are typical of decisions the town has been making for years and won’t damage the town’s rural vistas and areas of high public value or violate its conservation values—and, in at least one instance, make the proposed driveway safer.

Discussing a subdivision application by Laurie Curler to cut off about five acres of her 72-acre property on Guinea Road for a family member to build on and for a drive to the new lot, development review board member Gerald Bouchard said similar waivers had been given to property in that area years ago.

Bouchard said he didn’t see any reason to deny the request for the driveway because it was something that had been given to other people in town; it would be safer; it more than meets fire department requirements; and the proposal increases the amount of open space.

In a phone conversation, Burget said such a waiver is supposed to take into consideration the intent of the land use regulations by preserving the character of the rural district and are generally granted to property designated as a planned residential development.

If having a right of way across a neighbor’s property is used as a justification for a waiver, then it defeats the purpose of having a linear property frontage restriction, Burget said.

If you subdivide your property into more than three parcels of land, you are prohibited from subdividing again for 10 years in rural districts in Charlotte, he said. So, in the 11th year you can take those three subdivisions and divide each of those into three lots and now you’ve got 10 houses. If you have enough property to meet the five-acre per lot requirement, by year 21 you would have 30 lots with houses, he said.

“The waiver is there for a reason. It is there to look at each particular situation and evaluate what aligns most with character rural district in the town plan in protecting areas with high public value and avoiding undue adverse impact,” Burget said.

The desire to help landowners get approval for projects on their property is understandable, he said, but “when you hand out waivers as a matter of course, I don’t know why you would even call it a waiver. You call it development.”

Town planner Larry Lewack said, after the development review board consulted with the town attorney and did a lot of study of town regulations and the underlying state statutes, it came to the conclusion it was appropriate and legally permissible to grant the projects a bye.

The applicants met every other condition, except for not having the minimum of road frontage, Lewack said.

These applications are just for one home, Lewack said, and a planned rural development is for a project where there are a cluster of homes.

“We don’t think the same standards should be required of a single lot. There is some disagreement about that,” he said. Some members of the planning commission share the conservation commission’s opinion.

Lewack’s interpretation of the town plan is that it encourages these kinds of subdivisions as long as they don’t damage natural resources and particularly in at least one of these applications where the property owner is protecting natural resources.

“It’s a good thing for the town, good for the families and for the community schools,” Lewack said. “I don’t really know why we would try to hold people to a really hardcore standard of solving every single requirement, if some of them clearly don’t fly.”

And he disagrees with people who don’t think the development review board has the authority to accept a right of way in lieu of having 300 feet of road frontage.

“I think there are a lot of folks in town who are still a little fuzzy on the details of what happened this past winter in terms of that big shift to the development-review-board model,” Lewack said.