Charlotte Senior Center is cool both literally and figuratively

Charlotte Senior Center is cool both literally and figuratively

Reminder: The Charlotte Senior Center is an official cooling center for the town. You are welcome any time. On Mondays, come in and enjoy good food and good conversation in cheerful coolness.

Also note: The Senior Center is looking for volunteers for a variety of functions. Volunteers do their good deeds in an atmosphere of cheerful coolness. 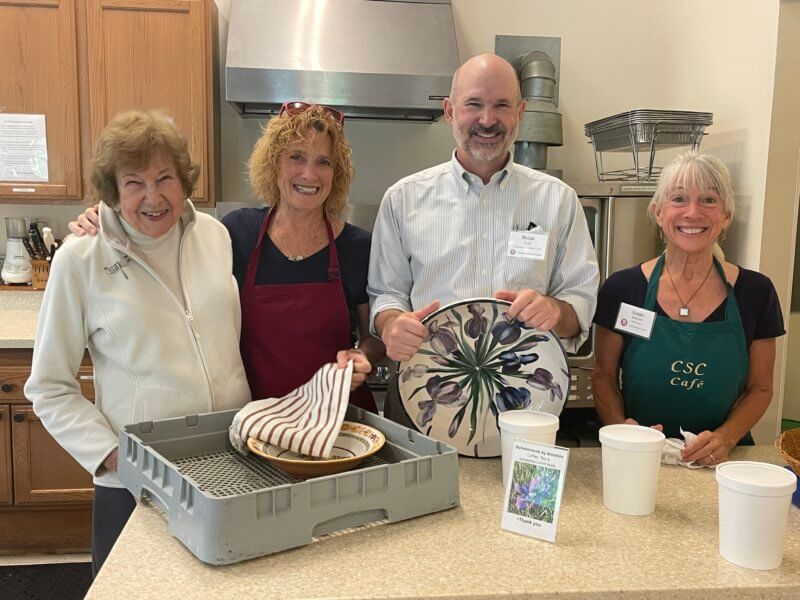 Remember to register by the previous Monday for these meals.

Monday, Sept. 5
Labor Day.
The senior center is closed. Enjoy this day with family and friends.

The potato, now considered a staple food in most parts of the world, has ancient roots starting around 11,000 B. C. The first small, knobby tubers grew in the mountains of Bolivia and Peru.

A popular tale for the origin of the potato chip is located closer to home. According to legend, a disgruntled diner in a restaurant in Saratoga Springs, New York, kept sending back his French-fried potatoes with various complaints: too thick, too soggy, not enough salt. Finally, the chef sliced several potatoes very thinly, fried them to a crisp and added a lot of salt.

The customer loved the result, which became known as “Saratoga Chips.” A version of this story was popularized in a 1973 advertising campaign by a paper company that manufactured the packaging for chips, claiming that the customer was Cornelius Vanderbilt.

In reality, a cookbook appeared in both Great Britain and the U.S. in 1819 containing a recipe for a quite similar food.

The Ross Sisters performed “Solid Potato Salad” in a grand acrobatic dance in the 1944 MGM film “Broadway Rhythm.” At the time, a reviewer noted: “Girls are weak in the voice department but go over on the contortion stuff.” The “contortion stuff” is indeed amazing. As a more recent viewer observed, “It’s Hee-Haw meets Cirque du Soleil.”