Add another to the list of Champlain Valley School District administrators who are leaving for other positions, mostly outside of the district.

And this one hits a bit closer to home.

Charlotte Central School co-principal Stephanie Sumner announced she is moving on after the school year. 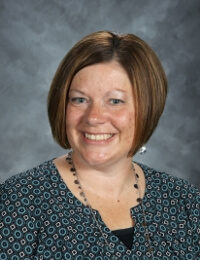 Sumner is taking a position with the South Burlington School District as a co-assistant principal.

She said two new assistant principal positions have been created to serve the three elementary schools in the district, but primarily she will be assigned to Rick Marcotte Central School working with the kindergarten-sixth grade students.

Although she has worked with older kids, she’s been working with younger students for seven years as the co-principal at Charlotte Elementary School. Sumner is happy to be staying with that age.

Describing the move as more of a “lateral move” than a promotion, she said, “There are things I’m really happy about and excited about. I do love the idea of just working in a different configuration that is straight elementary.”

Sumner wouldn’t go into details or acknowledge disappointment with the Champlain Valley School District upper administration or superintendent Rene Sanchez, but she said, “Nobody leaves a position if they’re pretty happy in it.”

She hastened to add that she loves what goes on in the Charlotte Central School building.

“We have amazing teachers and children and families in our Charlotte community. This has been a really hard year and my priorities as an educator have always been to work in a system where I can have an impact,” Sumner said, adding that many of her feelings about resigning were expressed very well in Shelburne Community School principal Scott Sivo’s email to that school’s families announcing he was leaving to take over as principal of Frederick H. Tuggle Middle School in South Burlington.

At least eight administrators are leaving their positions with the school district, although Jeanne Jensen chief operating officer is moving to a part-time position in the Champlain Valley School District. A number of emails and public comments at school board meeting have criticized school district leadership about a “mass exodus” of administrators.

Sanchez has said the turnover is in large part due to the same forces, primarily the pandemic, that has led to the current shortage of educators at school systems across the state.

“The role of a school leader in the current educational environment can feel perilous on a good day. The ability to be bold and strong, in difficult moments, is predicated on trusting that you are well supported and fully backed by well-established systems of leadership and governance,” Sivo said in the email announcing his departure. “While change is always difficult, the unprecedented amount of leadership change we have and will face as a school district, along with the general uncertainty it brings, greatly impacted my decision to seek and accept this new opportunity.”