Balancing NIMBYism and the greater good in Charlotte

Balancing NIMBYism and the greater good in Charlotte

I doubt anyone who reads this column doesn’t know what NIMBY stands for: Not In My Backyard. I’ve been thinking about this for some time since it is, at its core, a significant factor in where and how much development occurs in Charlotte, sometimes regardless of what has been approved by voters in the town plan and land use regulations.

A recent New York Time’s article titled “Twilight of the NIMBY,” by Connor Dougherty, focuses on this issue. The article is centered around Susan Kirsch of Mill Valley, California, who has fought for two decades to prevent a developer from building 20 condominiums on a hill at the end of her street. Dougherty says Kirsch “wraps her opposition to development in a ‘small c’ conservative philosophy that a smaller local government is better and more responsive to its citizens than a bigger one further away. Where many people see gridlock, she sees having her voice heard — and in the midst of a brutal housing crisis, fewer people want to listen.” 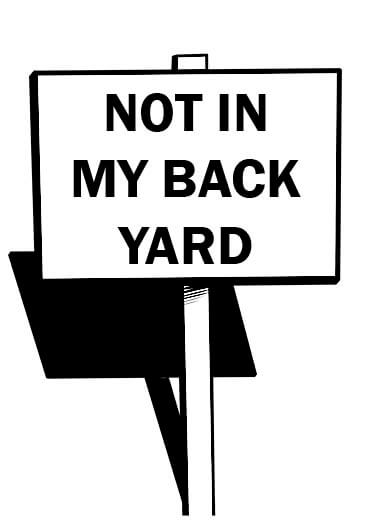 Dougherty goes on to say, “Around the country, cities and states that have struggled to tame rising housing costs are now trying to wrest control from neighborhood activists like Ms. Kirsch. Their logic is that too much of the power over whether new housing and infrastructure projects get built is left to a relatively small band of activists who pack late-night city meetings to tell their city councils that whatever is being proposed is ‘out of character’ and should be built somewhere else — not in their backyard.”

Charlotte is not Mill Valley, California, but the parallels are obvious. NIMBYism is right here in Charlotte. I’ve witnessed it firsthand during my tenure on the Charlotte Planning Commission. Neighbors’ concerns are important to hear and consider; sometimes they are valid, sometimes not. The question we face is where and how much growth is sustainable and appropriate, while protecting the qualities that make Charlotte so special: the rural landscape, scenic views and vistas, farmland, wildlife corridors, woodlands, streams, etc.

Dougherty adds, “Susan Kirsch was partial to ‘Small Is Beautiful,’” which was published in 1973 by the economist E.F. Schumacher. The book cast doubt on a growth-at-all-costs mentality and was but one entry in what the historian Kevin Starr called “this developing genre of population and land-use apocalypse.”

Kirsch says that part of how the book influences her “is I think greater self-reliance and self-resiliency are qualities that keep a community or culture strong … and the trends we have now, with being able to have eﬃcacy in your own life, is part of what I think is being diminished.”

I agree that local control is important. I also believe some state statutes, such as focusing development in existing villages and growth areas to protect open land, are equally important for town and state. What are we willing to live with in our backyards?

The answer diﬀers from person to person and is also dependent on the zoning district one lives in. Additionally, an approved use may not jive with what a neighbor thinks is appropriate.

In the article “Twilight of the NIMBY,” Dougherty adds: “Housing politics is driven by emotion, specifically the fear of losing what you have. The economist William Fischel, a professor at Dartmouth, laid out the financial dimensions in a theory — “The Homevoter Hypothesis” — that holds NIMBYism is a form of insurance. Since you can’t buy a policy that will protect you from the neighborhood going to hell, the thinking goes, people compensate by packing planning meetings to fight anything (be it a dump, a freeway or a low-rent apartment complex) they perceive as a threat.”

Susan Kirsch believes “local communities would do a much better job of solving these problems … using the language of centralized power is what charges me to do this — I think small is beautiful.”

I grew up in a small, rural farm town. Today, it is unrecognizable from its bucolic past and has been engulfed by the overdeveloped suburban landscape of Fairfield Country, Connecticut. Vast stretches of farmland and open space have been overridden by housing tracks, condominiums and commercial development.

I don’t want this for Charlotte. I do wish the town to be vibrant and aﬀordable into the future. Our town has to come to general agreement as to what we want the future to look like. Development in Charlotte over the last 20 years is at odds with what the town plan, approved by the voters, clearly states. Infill has been, and continues to be, slow, persistent and unnoticed by most. Why? Perhaps because it’s not in their backyard, all is good.

Appeals to subdivision decisions and neighbors’ concerns of some proposed projects over the past few years illustrate that there is no guarantee of a project’s completion regardless of whether the project falls well within the parameters of the land use regulations. As outlined in Vermont state statute, “interested persons” have the right to appeal a development review board decision to the state environmental court that, for all intents and purposes, often stops, and can end, an approved project. In some instances, valid concerns are at issue, in others, it’s NIMBY.

Getting back to Dougherty’s article, he states: “The impulse behind NIMBYism is timeless: People who already live somewhere have always raised objections to newcomers. The feeling applies to renters as well as homeowners, crosses boundaries of race, class, and culture, and has been a part of urban life for centuries.”

So here we are. We all have a slice of that something special we cherish about living in Charlotte. We want to protect what we have, but we also, I believe, need to think about the greater good of the town and future generations. Perhaps some of Charlotte’s children would someday like to settle back in town. Would they be able to aﬀord it?

Would we welcome them back, if it were in our backyard?

(Peter Joslin is the former chair of the Charlotte Planning Commision.)